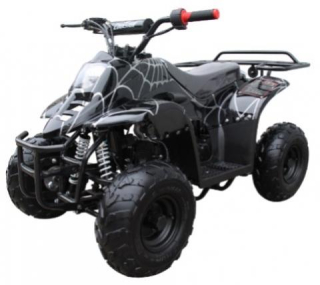 These youth ATVs don’t meet CPSC’s mandatory safety standards. Maxtrade halted sales of these two ATVs when notice was received from the CPSC.

The youth ATVs are intended for use by children ages 6 years and older, as shown by the product dimensions and advertising by retailers. However, the ATVs exceed the mandatory maximum speed limitations and other mandatory standard requirements for ATVs intended for children as young as 6.

This poses a risk of a high-speed crash that can result in serious injury or death, if used by young children, the CPSC said.

Maxtrade told the CPSC it’s working to provide a remedy to consumers.

CPSC and Maxtrade urge consumers to stop using the ATV 3050-C and 3050-B products immediately and to report any incidents to CPSC at www.SaferProducts.gov.