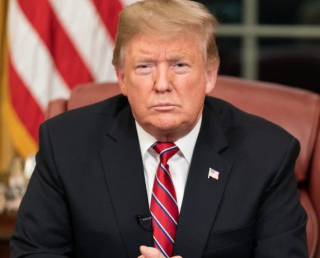 Corporations escaped punishment at record levels during President Trump’s last year in office, when federal prosecutions of corporate criminals fell to just 94 – the lowest on record since the government started tracking corporate prosecution statistics in 1996, a Public Citizen report found.

The report covers the government’s 2020 fiscal year and is based on an analysis of federal corporate prosecution data from the U.S. Sentencing Commission and Corporate Prosecution Registry. It’s a project of Duke University and the University of Virginia, which tracks criminal enforcement actions against corporations.

If corporations know they can commit crimes and – if caught – be required to do little more than promise not to violate the law in the future, it’s a virtual certainty they’ll break the law regularly and routinely, Weissman said.

“If we want corporations to follow the law, then it’s past time to do away with deferred and non-prosecution agreements,” he said. “Declining corporate prosecutions and increasing corporate leniency agreements can be directly attributed to the soft-on-corporate-crime policies of the Trump administration.”

This is the highest the percentage has been since 1996, when prosecutors entered leniency agreements with corporate criminals only about 1 percent of the time.

Corporate prosecutions have fallen by two-thirds from the peak of 296 in 2000. The previous record low was 2018, when 99 corporations were prosecuted. The decline in prosecutions means that only 94 corporations either pled or were found guilty of crimes in 2020.

Corporations whose wrongdoing was settled via leniency agreements with the Justice Department instead of prosecution include:

“Trump’s DOJ is infamous for pursuing a cruel ‘tough on crime’ approach to immigrants and low-level offenders,” said Rick Claypool, a Public Citizen research director and author of the report. “It also should be infamous for letting corporate criminals off the hook.”

President Biden’s DOJ should ramp up enforcement to show that corporate criminals aren’t above the law, Claypool said.