Peloton Tread+ recalled after one child died and 72 incidents, and Peloton Tread recalled due to risk of injury 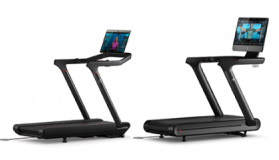 Consumers who have purchased either treadmill should immediately stop using it and contact Peloton for a full refund or other qualified remedy as described below, the CPSC and company advise.

Peloton has also stopped sale and distribution of the Tread+ and continues to work on additional hardware modifications. The CPSC previously warned consumers about the Tread+ in April.

In the United States, the Tread was sold as part of a limited invitation-only release from about November 2020 to about March 202. The company is working on a repair to be offered to Tread owners in the coming weeks.

Peloton recalls tread treadmills due to risk of injury

Statement of Robert S. Adler, acting chairman of the CPSC

I am pleased that the U.S. Consumer Product Safety Commission and Peloton have come to an agreement to protect users of the Peloton Tread+ and Tread products. The agreement, which the Commission voted this morning to accept, requires Peloton to immediately stop selling and distributing both the Tread+ and Tread products in the United States and refund the full purchase price to consumers who wish to return their treadmills. The agreement between CPSC and Peloton is the result of weeks of intense negotiation and effort, culminating in a cooperative agreement that I believe serves the best interests of Peloton and of consumers. I would like to thank the CPSC technical staff who have worked tirelessly to protect consumers and to warn the public. Today we have taken steps to prevent further harm from these two products.

The decision to recall both products was the right thing to do for Peloton’s Members and their families. I want to be clear, Peloton made a mistake in our initial response to the Consumer Product Safety Commission’s request that we recall the Tread+. We should have engaged more productively with them from the outset. For that, I apologize. Today’s announcement reflects our recognition that, by working closely with the CPSC, we can increase safety awareness for our Members. We believe strongly in the future of at-home connected fitness and are committed to work with the CPSC to set new industry safety standards for treadmills. We have a desire and a responsibility to be an industry leader in product safety.”