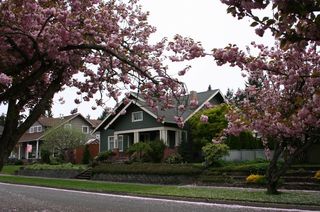 About one million sellers and buyers in home sales with a single agent are charged excessive commissions totaling several billion dollars annually, a report from the Consumer Federation of America shows.

The report also examines the risks and costs home sellers or buyers are exposed to because of the conflicts of interest of these double-dipping agents. Double-dipping agents get the entire commission, usually 5-6 percent of the sale price.

“Double-dipping can only be justified when agents greatly reduce their commission and function as a facilitator with the full knowledge and approval of both buyer and seller,” said Stephen Brobeck, a CFA senior fellow and the report’s author.

In addition, the report documents criticism of double-dipping by real estate agents, recommends policy changes to reduce consumer risks and costs, and provides advice to home buyers and sellers about how to deal with double-dipping agents.

The study is based prior research and the recent sales of more than 6,000 homes in 12 major cities and several small cities.

Double-dipping rates in smaller cities were often much higher – for example, 36 percent in McAlester, Oklahoma, compared to 9 percent in Oklahoma City.

The report estimates a national double-dipping rate of about 10 percent.

In examining factors in rates among the large cities, the research identified two influential variables:

Other factors appear to be less influential in double-dipping rate variation or not influential at all:

The report estimates that double-dipping agents, who sometimes have less work to do on a sale than when there is a second agent involved, are overcompensated by several billion dollars annually. The excessive double-dipping charges are added to home prices, so are paid by about 500,000 home buyers in double-dipping sales.

Most conflicts of interest originate with listing agents. They’re able to find unrepresented buyers among their own buyer clients, at open houses, or through use by buyers of home listings on websites such as Zillow and Realtor.com and buyer-initiated contacts with the listing agents of homes the buyers find attractive.

Sellers can be harmed in several ways in a double-dipped sale.

If agents are determined to find an unrepresented buyer, they often delay placing the home listing on the local multiple listing service then make it difficult for buyer agents to show the property.  When listing agents do find an unrepresented buyer, in all states but the eight that effectively prohibit dual representation, they usually try to persuade the seller to accept a change in the agent’s status from fiduciary – complete loyalty – to dual agent – an oxymoron.

If successful, the listing agent then can no longer advance the best interests of their seller client, including negotiating a high sale price or even giving out advice that may affect the interests of the buyer.

Buyers suffer the greatest harm by not having an agent who can negotiate down the sale price.  Their risks are greatest if they agree to be only a customer, not a client, of the listing agent.

If a buyer contacts a listing agent about a specific property, the buyer can and should expect that agent to promote that property. But if the buyer seeks the assistance of an agent to help search among all listed properties, that agent is likely to promote their own listings, especially if any of those properties bears a resemblance to the type sought by the buyer or if the agent is just determined to double-dip.

This steering effectively limits the pool of properties available to the buyer and increases the chances the buyer will end up with a less desirable home.

In addition, the prospect of double-dipping encourages some agents to be deceptive and manipulative, said Brobeck.

“This encouragement of unethical practices is the most important reason that so many real estate agents reject and criticize double-dipping,” he said.

CFA doesn’t recommend a ban on double-dipping, Brobeck said. Although it would reduce risks and costs, it would impose other costs, such as the inability of an agent facilitator to work with both parties at a reduced commission.

But CFA does recommend the following restrictions: