Facts and figures for Father’s Day 2021

Although Mother’s Day was first celebrated in 1914, Father’s Day didn’t become an official holiday until 1966.

The idea for Father's Day is attributed to Sonora Dodd, of Spokane, Washington, who was raised by her father after her mother's death during childbirth.

Here are facts about fathers from the U.S. Census Bureau: 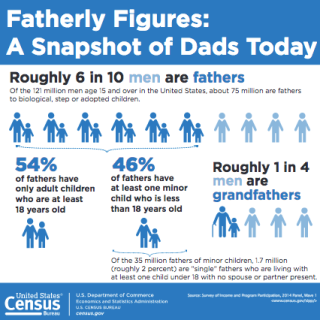 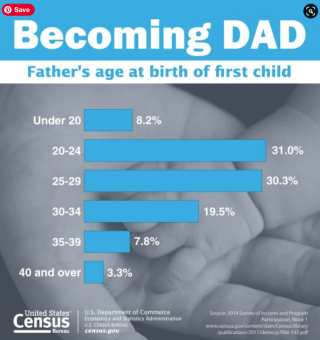 U.S. consumers are expected to spend more than $20.1 billion on gifts and other items for Father’s Day this year, a record high, according to survey conducted for the National Retail Federation.

Total spending for the holiday will be more than last year’s record of $17 billion.

The number of Americans, 75 percent, who plan to celebrate the fathers, husbands, and other paternal figures in their life this Father’s Day is similar to previous years. Of those celebrating, half plan to buy gifts for their own dad, a quarter plan to buy for a husband, and one in 10 plan to buy for a son.

However, consumers plan to spend a little more to treat their dads this year. Survey respondents said they plan to spend an average of $174 on Father’s Day items, or $26 more than last year and a record high for the survey.

About half of the increase comes from spending more on special outings, clothing, and consumer electronics.

Those ages 35-44 will be this year’s biggest holiday spenders. They plan to spend an average of $259 on Father’s Day gifts, which is $49 more than last year.

The number of consumers planning a special outing is back up to pre-pandemic levels.