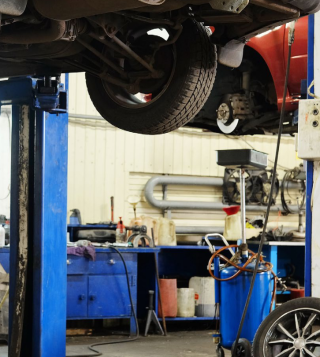 In the past 10 years, nearly 300 million vehicles have been recalled for potential safety defects.

Only 75 percent of those recalls have been addressed, leaving over 72 million vehicles on the road with unrepaired recalls.

“This could be the vehicle you’re driving, the one next to you on the highway, or the one you are considering buying,” said Jack Gillis, executive director of the Consumer Federation of America and author of “The Car Book.”

As consumers go back into the car market, used cars are the most popular choice with about 75 percent of sales.

These figures are even more concerning with aging of America’s vehicles, now an average of 11.4 years, Gillis said.

“Without major intervention by the Federal Government, consumers will increasingly be put at risk,” he said.

A key reason for poor recall completion rates on older vehicles is, unlike new car dealers who can’t sell vehicles with unrepaired recalls, used car dealers don’t have a requirement not to sell them.

“Even though these recalls can be addressed at no cost to the seller, used car dealers are fighting a simple requirement that would protect the 75 percent of us who can’t afford to buy a new car,” said Gillis.

A Used Car Safety Recall Act has been introduced in the Senate.

“The automobile recall program is one of the government’s most important auto safety functions, but to be truly effective, car dealers should not be allowed to sell vehicles with known and correctable defects,” said Gillis.

The pandemic is making the problem of used cars with unrepaired recalls worse, he said.

With states and communities across the country re-opening, many consumers who previously relied on public transportation are choosing to buy a vehicle. Most vehicles purchased by low-income consumers are used, so they’ll likely to be sold a larger share of unrepaired vehicles that have been recalled.

Good stuff to know especially when it comes to cars.

Yes, people check the mileage and kick the tires when buying a used car. Knowing to check to see if there is an unrepaired recall is a good tip, too.