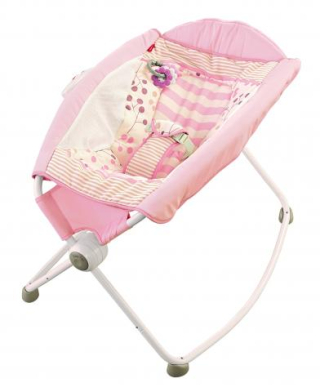 Beginning in mid-2022, any product sold for infant sleep is required meet a federal safety standard.

Its purpose is to eliminate possible hazardous sleep products that don’t meet a CPSC mandatory standard for infant sleep. Examples include inclined sleepers, travel and compact bassinets, and in-bed sleepers, which have been linked to dozens of infant deaths. Several styles that have been recalled.

“What we’ve done today fulfills the most sacred of our obligations as Commissioners – to take steps to protect vulnerable consumers, including babies,” said CPSC Acting Chairman Robert Adler. “Today’s vote ensures that when a product is intended or marketed for sleep, it will indeed be safe or an infant to sleep.”

The new rule incorporates the most recent voluntary standard developed by ASTM International, with modifications to make it stronger.

It requires that infant sleep products that don’t meet the requirements of an existing CPSC sleep standard must be tested to confirm that the angle of the sleep surface is 10 degrees or lower and that they comply with the agency’s Safety Standard for Bassinets and Cradles.

The new rule doesn’t include items that aren’t sold for infant sleep, such as swings and car seats.

CPSC is aware of 254 incidents, including 21 fatalities, related to infant sleep products, inclined and flat, occurring between January 2019 and December 2020, reported since the notice for proposed rulemaking.

Lee Savio Beers, M.D., president of the American Academy of Pediatrics, said these unregulated products have led to at least 94 infant deaths. One in three families own one or more of the items that will be regulated by the rule.

“Pediatricians have counseled far too many grieving families whose young infants died using unsafe sleep products” Beers said. “This final rule will help give parents assurance that the products they buy for their babies are safe, and the implementation of this new safety standard will protect infants while they sleep and save lives.”

Infant inclined sleep products have design-related issues which resulted in infants rolling over and smothering, developing respiratory problems, or developing physical deformations due to extended period of use.

Hazard patterns for the flat infant sleep products includ infants falling out of the product, or suffocating on soft structure sides.

Kids In Danger, a child safety organization, was founded by parents whose son died in an infant sleep product that came to market without meeting any safety standard, said Nancy Cowles, executive director of KID.

The loophole that led to Danny’s death and many others will now be closed, Cowles said.

Remington A. Gregg, counsel for civil justice and consumer rights at Public Citizen, an advocacy group, called the passage of the new rule a good day for the CPSC.

“After four long years, the Commission is once again focusing on what matters – protecting our families from harm instead of shielding corporations from accountability,” said Gregg.

Three commission members voted for the new rule and one, Peter Feldman, voted against, asking for a pause to clear up “confusion” on the types of products that would be affected by the rule.