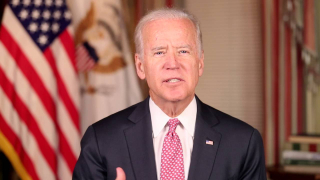 President Joe Biden signed an executive order Friday on promoting competition in the American economy. It launches a government effort to combat growing market power in the U.S. economy by seeking to ensure that markets are competitive.

What we’ve seen over the past few decades is less competition and more concentration that holds our economy back, Biden said at the White House signing ceremony. “We see it in big agriculture, in big tech, in big pharma. The list goes on.

The executive order calls on the traditional antitrust agencies – the Department of Justice and Federal Trade Commission – to enforce existing laws vigorously and to consider updating their merger guidelines.

It also directs all agencies and departments to use their expertise to ensure that their work clearly supports competition in the markets they regulate – including paying close attention to labor markets.

The order directs or encourages about a dozen agencies to engage in more than 70 specific actions that will remove barriers to entry and encourage more competition.

For example, the order:

Biden said the United States is now 40 years into the experiment of letting giant corporations accumulate more and more power.

What have we gotten from it? he asked. “Less growth, weakened investment, fewer small businesses. Too many Americans who feel left behind. Too many people who are poorer than their parents.”

Biden said he believes the experiment failed. “We have to get back to an economy that grows from the bottom up and the middle out.”

The executive order commits the federal government to full and aggressive enforcement of antitrust laws, he said. “No more tolerance for abusive actions by monopolies. No more bad mergers that lead to mass layoffs, higher prices, fewer options for workers and consumers alike.”

I think your headline should be "reining in" if you meant to say that Biden is attempting to put some restraints on corporate power. Kings reign, people use reins (connected to bits) to guide or stop horses.

I am so happy someone with a brain and a heart is in office.

I agree with Carol. Glad I can now sleep at night.

Yes, this is a great action, among many others by the Biden administration.