EPA bans use of chlorpyrifos on food 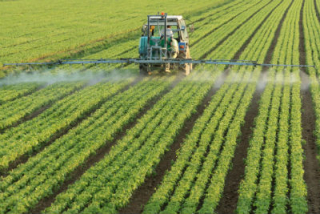 As the result of an Environmental Protection Agency ban on chlorpyrifos on food, it will be illegal for any traces of it to be present on produce or food.

Even in small amounts, exposure to chlorpyrifos during pregnancy and early life harms the developing brain, including reduced IQ, delayed development of motor and sensory functions, and social and behavioral dysfunction.

Until now, EPA allowed trace amounts of chlorpyrifos, known as tolerances, on food. The ban will take effect six months after it’s published in the Federal Register. EPA said it will continue to study the risks of non-food uses of chlorpyrifos.

“We strongly commend the Biden administration for taking this dangerous bug killer off the market,” said Ken Cook, president of the Environmental Working Group.

The most important lesson for the public from EPA’s decision is that the government insisted chlorpyrifos in food was completely safe, right up until the moment when it was banned for being too dangerous, said Cook.

“There are many, many other pesticides currently on the market with government approval that are manifestly unsafe and should be immediately banned or severely restricted,” he said.

On chlorpyrifos, there was 56 years of false assurances since the chemical was approved for use in 1965, including decades during which scientific evidence made clear that it was harming the brains of generations of American children, Cook said.

“Science didn’t keep this poisonous insecticide on the market and in our food for decades,” he said. “Politics and money did.”

A chlorpyrifos ban was first proposed by the Obama administration in 2015, but the Trump EPA reversed it in 2017 and revoked the proposed ban.

In December 2020, EPA proposed allowing chlorpyrifos’ continued use. In the absence of federal action, several states have taken steps to ban or limit chlorpyrifos.

Growers can still use chlorpyrifos on food through the 2021 growing season.

Chlorpyrifos also can still be used for growing cotton and treating golf courses. EPA will make a decision on whether to continue to allow those and other nonfood uses by the end of next year.

Good post. I hope that one day enough people will read the comments re: how the official EPA/federal gov't attitude is way too controlled, not by what scientific research on various types of pesticides actually manages to get non-corporate funding, but by money. Corporate money & lobbying. And get as upset & active about it as some have been and are still by being told to wear a mask to protect themselves and others.