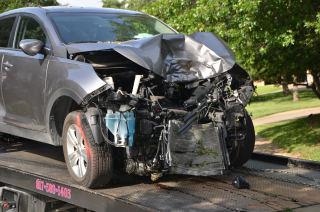 Auto insurance companies reaped windfall profits of at least $29 billion in 2020 as miles driven, vehicle crashes, and auto insurance claims dropped due to the pandemic and related government actions, according to two consumer organizations.

Analyzing insurers’ 2020 premium and claims results – and the limited “premium relief” offered by insurers – the Consumer Federation of America and Center for Economic Justice show that insurers collected $42 billion in excess premiums while providing only $13 billion in “premium relief.”

Despite warnings from CFA and CEJ starting in March 2020, the vast majority of insurance regulators took no action to require insurers to return the illegal profits.

Relying on insurers’ financial statement data for premiums and losses and additional analysis by A.M. Best on insurers’ “premium relief,” CFA and CEJ show insurers should have returned $42 billion of premium overcharges to consumers. However, they actually returned one-third of that amount.

The inability or unwillingness of almost all state insurance regulators to enforce the law and protect consumers raises serious questions, he said.

“As we pointed out in letter after letter to insurance regulators throughout 2020, it was crystal clear that insurers’ premium relief was woefully inadequate,” Hunter said.

Between 2016 and 2019, auto insurers paid 67.4 cents of every premium dollar for claims, according to the insurers’ financial reports reviewed by CFA and CEJ. The remaining 32.6 cents – plus investment income earned from holding policyholders’ money – covered insurer expenses and profit.

In 2020, the amount spent on claims dropped to 56.1 cents per dollar of total premium reported.

As a result of the sudden change in exposure covered by auto insurance, premiums became excessive quickly in mid-March 2020, he said. However, most regulators didn’t take – and haven’t still taken — action to require premium relief from auto insurers.

In April and May of 2020, most of the nation’s large insurers did provide refunds or credits to consumers in response to the pandemic. However, little of the excess premium was given back after last spring and research showed that even this two-month payback to policyholders was only about half of what should have been refunded, according to the consumer groups.

California, Michigan, New Jersey, and New Mexico were the only states to require premium refunds during the spring of 2020.

But only California continued requiring refunds beyond the first few months of the pandemic. In March 2021, California’s Insurance Commissioner Ricardo Lara determined that auto insurers still overcharged California drivers during the pandemic and ordered them to return additional premium to consumers.

Washington state in June and New Mexico in July announced industry data calls about auto insurance losses during the pandemic that will hopefully lead to additional premium refunds for consumers, he said.

In addition to little or no action by most states, there has been no action at the National Association of Insurance Commissioners to examine the issue of auto insurers’ pandemic windfall profits, to collect data during 2020 to monitor the situation, or to develop guidance for states to bring needed relief to consumers – despite repeated calls by CFA and CEJ.