Home About Newsletter Categories Donate
Where should you retire?
Watch out for scams after a disaster strikes

Wells Fargo fined $25 million for failing to pay back customers 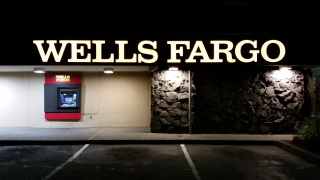 Wells Fargo has been fined $250 million by the Office of Comptroller of the Currency, which said the bank didn’t pay back customers who were charged excessive or improper fees.

“Wells Fargo has not met the requirements of the OCC’s 2018 action against the bank,” said Acting Comptroller of the Currency Michael J. Hsu. “This is unacceptable.”

In addition to the penalty, the action puts limits on the bank’s future activities until existing problems in mortgage servicing are adequately addressed, Hsu said.

The OCC also issued a cease and desist order against the Wells Fargo based on the its failure to establish an effective home lending loss mitigation program. The bank’s efforts to identify and pay back customers who had been previously harmed by it were insufficient, the OCC said.

Will the OCC actually make WF pay the fine? All of it? I read some years ago that large corporations rarely pay federal fines or judgments obtained by the federal gov't (agencies and the DOJ)--the corporation is usually able to negotiate far smaller actual payments & may then do what WF has done, just not pay and see if there's any negative consequence for doing so.

Good question. Corporations do pay the fines, but a study by U.S. PIRG showed the deals often allow the signing corporations to claim tax deductions for the payments they make in connection with the alleged wrongdoing.