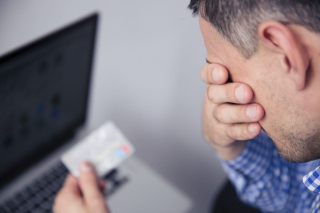 Nine in 10 Americans experienced a fraud attempt in 2020, with one in seven losing money to a scam.

Consumers reported losing more than $3.4 billion to fraud in 2020, according to a fraud database. However, since the vast majority of frauds aren’t reported, the amount lost is likely much higher.

Fraud reports have skyrocketed during the pandemic, with technology allowing scammers to cast wider nets to snare unsuspecting victims, according to an AARP study.

The report, “A Moment’s Notice,” describes the environmental and emotional factors that are present in almost all successful attempts to defraud consumers.

Scam artists are master manipulators of emotion, and anyone can experience a scam, regardless of age, income, or education, Shadel said.

The study identifies three risk factors that can create vulnerable moments in which people may be more susceptible to criminal tactics:

“The scammer’s goal is to target those vulnerable moments and to get their target into a heightened emotional state so that they are easier to persuade and control,” he said.

When emotions take over, people become more susceptible to fraud, Shadel said. “But if we pay special attention and take extra precautions during those moments in our lives, we can gain the upper hand in recognizing and avoiding scammers’ attempts.”

Four areas that can limit the likelihood of a scam’s success Include:

It is so distressing that people still fall for scammers.

Yes, and what's distressing is that so much money is lost, especially among people who are struggling. It breaks my heart to see the women on Dr. Phil's TV show who fall for romance scams, and how the fraudsters take all their money. One woman lost $400,000, her entire savings, and had to go and live with her brother in retirement.

Scammers are so awful. I don't know how they live with themselves.

Scammers have a few different motivations, according to Dr. Thomas Plante, psychology professor at Stanford and Santa Clara University. The first is narcissism. Other scammers have antisocial tendencies, such as sociopathy, that drive their behavior. But for other scammers, it's complicated. Some people scam because they believe what they're doing is actually ethical, such as saving their company so the employees can keep their jobs.