FDA voluntary guidelines on salt reduction are a first step, but long-term targets are needed 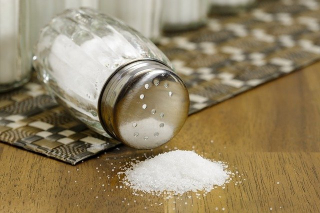 The FDA said limiting sodium in the American diet can help prevent diseases such as hypertension and cardiovascular disease that often result in hundreds of thousands of lives lost and billions in annual health care costs.

About 70 percent of the sodium Americans eat comes from packaged, processed, and restaurant foods, making it challenging for people to limit sodium.

The targets in the guidance seek to decrease average sodium intake from about 3,400 mg to 3,000 mg a day, about a 12 percent reduction, over the next 2.5 years.

The final guidance was first proposed in 2016.

The guidelines are, in part, the result of a Center for Science in the Public Interest petition and lawsuit, said Peter Lurie, M.D., president of the CSPI.

They’re important because now the restaurant and packaged food industries have clear and achievable benchmarks by which public health officials and watchdog groups can monitor the progress companies and brands make, Laurie said.

“While we’re glad the Biden administration has released the short-term 2-year sodium reduction targets, the federal government has much more it can do to encourage the industry to adopt them, and much more it could do to educate consumers about the importance of sodium reduction,” he said.

“These targets remain voluntary and, if compliance is poor, mandatory standards should be considered,” he said.