Halloween Safety Part 1: Halloween myths and what you should worry about instead 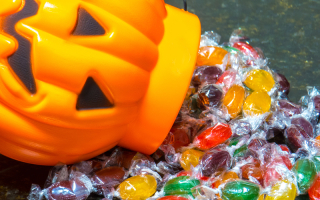 Jason Brick, founder of Safest Family on the Block, provides lots of great safety information through his newsletter, podcast, website, blog, and books.

With his permission, I’ll be posting a three-part series that appeared in his newsletter on Halloween safety.

Part 1 below is what to be concerned about on Halloween instead of myths.

Halloween can be a dangerous night, but not for the reasons you might be thinking of. By knowing what’s not a real risk, you’ll be better able to focus on the things that can hurt your family during this quintessential childhood holiday.

You hear about this almost every year, and we’ve been worrying about it even before social media made it easy to spread wild, irresponsible disinformation. You can almost sing along here verbatim:

“Check your child’s candy piece by piece in case somebody put drugs, needles, razor blades, or poison in it.”

It’s been repeated so often that many people believe it’s true. But it isn't. The number of recorded and actual stranger candy tamperings resulting in injury or death in the past 50 years is...

In 1970, a guy poisoned his step kids’ candy because he was a pile of dog feces dressed up as a human being. Then, about 10 years later there was that rash of Tylenol poisonings, a smokescreen for another person trying to murder a family member.

Halloween is the night the weirdos come out, and the night regular people give themselves permission to act out. This is true. It’s also a night when kids and teens spend more time loosely supervised, and come right to strangers’ doors.

This has led people to worry that child molesters and related predators are out in force on All Hallows’ Eve, waiting around corners or just inside their doors to victimize costumed kids. Most cities have even set special rules for people on the sex offender list, dictating they check in or even spend that evening at a specific facility. Police and people are worried about it.

But they don’t have to be. Because police and people are worried about it.

Police are extra watchful on Halloween, and especially watchful of sex offenders. Squads of kids with parents nearby are walking the streets in force. This isn’t a night where the privacy required for sexual victimization by a stranger works out well for the perpetrator.

Certain crimes increase on Halloween, as do certain kinds of accidental injury and death. Child victimization by a sexual predator isn’t among them.

What to worry about instead

If we don’t need to worry about poisoned candy and sex offenders on Halloween night, where should we put our attention?

Great question. Certain things do increase on Halloween, and into the wee hours of November 1. They are:

In the other installments for this month, we'll talk about costume safety and safety practices for Halloween night itself. For now, just remember to relax about what you don’t need to worry about so you can focus your energy on the things that really matter.

Thank you for sharing these myths. I remember both the candy scare and the Tylenol scare when I was a kid. But I don't think that I ever heard what the resolution was beside people no longer handing bags with unwrapped candy in it or the packaging that now makes your hands hurt trying to get at the pain medicine.

This is all very sensible advice!

I know my family was concerned about poison candy when I was a kid. It’s all bit silly now when you think about it. :)

I think it's good for parents to check their kids' candy, but like Jason said, it's not the main thing they should worry about. Pedestrian accidents are a bigger concern.

Wow! I had no idea. Great to know, though. I would imagine kids running across the street with cars would be a much worse thing to fear.

Yes, pedestrian accidents involving kids are the highest on Halloween.

Thanks for de-mything! And warning us about real risks.

You're welcome. Have a safe Halloween.