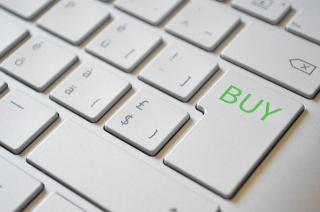 Orders to collect information on the risks and benefits of these loans went to Affirm, Afterpay, Klarna, PayPal, and Zip.

The Consumer Financial Protection Bureau is concerned about accumulating debt, lack of consumer protection, and data harvesting in a consumer credit market quickly changing with technology.

“Buy now, pay later is the new version of the old layaway plan, but with modern, faster twists where the consumer gets the product immediately but gets the debt immediately too,” said CFPB Director Rohit Chopra.

Buy now, pay later credit is a deferred payment that allows a consumer to split a purchase into smaller installments, usually four or less, often with a down payment of 25 percent due at checkout. The process is quick, requiring little information from the consumer, and often comes with no interest.

Lenders contend buy now, pay later is a safer alternative to credit card debt, along with its ability to serve consumers with little or subprime credit histories.

Merchants are adopting buy now, pay later programs and are willing to often pay 3 to 6 percent of the purchase price to the companies, similar to credit card fees, because consumers often buy more and spend more with buy now, pay later.

During the covid-19 pandemic, the use of buy now, pay later has spiked and it’s also grown during the holiday season. More Americans are using it, and the most recent Black Friday and Cyber Monday shopping weekend saw massive growth in buy now, pay later. This growth has caught the attention of investors, including venture capital money and big tech companies.

The CFPB will publish findings from its inquiry.

The agency said it’s concerned about:

Many other countries are examining buy now, pay later. As part of the CFPB’s inquiry, the agency is working with Australia, Sweden, Germany, and the United Kingdom. The CFPB also is coordinating with other agencies in Federal Reserve System, as well as state agencies.