Is your big bank charging you a lot of overdraft fees? 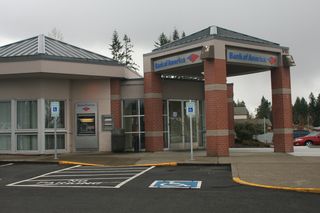 Banks continue to rely heavily on overdraft and non-sufficient funds or NSF revenue, which reached an estimated $15.47 billion in 2019, according to research by the Consumer Financial Protection Bureau.

Three banks – JPMorgan Chase, Wells Fargo, and Bank of America – brought in 44 percent of the total of these fees reported in 2019 by banks with assets over $1 billion.

The CFPB also found that while small institutions with overdraft programs charged lower fees on average, consumer outcomes were similar to those found at larger banks. The research also showed that, despite a drop in fees collected, many of the fee harvesting practices continued during the covid-19 pandemic.

“Rather than competing on quality service and attractive interest rates, many banks have become hooked on overdraft fees to feed their profit model,” said CFPB Director Rohit Chopra.

Previous CFPB research has shown that overdraft fees are a serious risks to consumers, with under 9 percent of consumer accounts paying 10 or more overdrafts per year, making up close to 80 percent of all overdraft revenue.

The Federal Deposit Insurance Corporation released data Tuesday showing that insured banks earned $69.5 billion in the third quarter of 2021, up 36 percent from the prior year. Banks are on pace to surpass their pre-pandemic profitability, researchers said.

The CFPB research shows banks’ revenues from overdraft and NSF fees have been stable before the covid-19 pandemic. They made up close to two-thirds of reported fee revenue, emphasizing banks’ heavy reliance on these fees, researchers said.

The CFPB will be enhancing its supervisory and enforcement scrutiny of banks that are heavily dependent on overdraft fees, said Chopra.

Consumers needing help dealing with overdraft and NSF fees can submit a complaint to the CFPB. Advice on managing bank accounts and avoiding fees is available on the CFPB’s website.

Thankfully, I don't get overdrawn!

Overdraft just gets us into trouble! Better to just stay in the black!

Yes, it's best to avoid overdrafts. Also, consider credit unions, which tend to have lower fees than the big banks.

My bank, Wells Fargo just refunded me a bunch of fees out of the blue due to some type of class action lawsuit. It was a nice surprise.

Yes, Wells Fargo got fined a lot of money for opening accounts for customers without their permission. A huge lawsuit. Then it overcharged customers using its foreign exchange service. Wells Fargo paid millions more to settle the lawsuit. In an article about the latter settlement, Forbes said about Wells Fargo: " The institution is one of the largest banks in the U.S. and an ongoing source of some difficult to differentiate apparent combination of misfeasance, nonfeasance, and malfeasance."

I was never a fan of the big banks. They have a bad habit of nickel and diming folks, the overdraft fees an example.

Yes, watch out for the big banks. They're interested in gouging consumers as often as they can.

Working for a bank, I see these fees applied all of the time and it's usually poor people who pay the bulk of the fees. I try to teach people how to avoid multiple fees. I'd rather see them getting one fee on a larger cash withdrawal than paying multiple fees on smaller POS purchases.