Home About Newsletter Categories Donate
As the holidays draw to a close, it’s time to think about 2022
Amazon Prime Video: Such a huge, huge disappointment 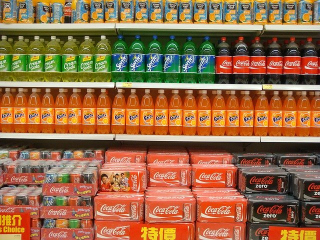 The Sweet Truth Act, passed by the New York City Council recently, requires warnings on prepackaged food and drinks that contain more than a day’s worth of added sugars – 50 grams – at chain restaurants. The law is the first of its kind in the nation.

Unlike the natural sugars found in fruits and vegetables, which come with fiber and nutrients, added sugars are empty calories, and their consumption has been linked to excess body weight in children and adults. Because they lead to weight gain, sugary drinks also contribute to type 2 diabetes and heart disease.

“The Sweet Truth Act is an important step in empowering consumers and encouraging the food industry to present healthier choices,” said DeAnna Nara, senior policy associate for the Center for Science in the Public Interest. “However, it is just a start.”

The law only covers prepackaged foods sold in chain restaurants, such as bottled soda, instead of all foods served. For example, a bottle of soda would be labeled but a not fountain soda.

“These warnings must be extended to cover all high-added sugars items served in chain restaurants, including fountain drinks,” said New York City Councilmember Mark Levine. “New Yorkers deserve – and want – the whole truth about their food and drink options.”

About 85 percent of New York City residents – and 78 percent of residents statewide – support added sugars warnings on chain restaurant menus, according to a poll commissioned by CSPI.

New York City has more 2,000 chain restaurant outlets, many of which are fast food restaurants in Black and Latino neighborhoods.

These restaurants offer food and drinks that approach or exceed the daily limit for added sugars, said Nara, making it nearly impossible to consume these foods while following federal dietary guidelines.

The Sweet Truth Act will go into effect one year after the covid-19 emergency ends.

“We urge Mayor-elect Eric Adams to work with the New York City Health Department to extend the Sweet Truth Act to all menu items at chain restaurants,” she said. “This is a critical opportunity to create a healthier New York City.”