Whatever happened to the Food Network? 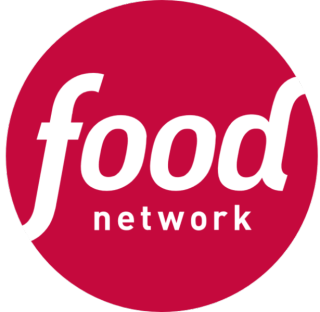 I used to watch the Food Network a lot. “Chopped,” a cooking contest show, is one of my favorites. I also enjoyed “Restaurant Impossible.” In addition, I liked “The Next Food Network Star” and “The Great Food Truck Race.”

I also watch the holiday baking contests including “Buddy vs. Duff: Holiday,” which pitted the two great cake makers against each other this holiday season. Duff won this year and received $25,000 for his charity Off Their Plate.

I did watch the Iron Chef competitions, but grew tired of them.

I only watch TV in the evening, so I miss Rachel Ray, Ina Garten, and Ree Drummond showing how to prepare food. But, I wouldn’t watch them if they were on in the evening because I don’t enjoy cooking shows.

Now, however, when I start watching television in the evening and check out the Food Network, all I find is “Diners, Drive-Ins, and Dives” with Guy Fieri, “Guy’s Grocery Games,” with Guy Fieri, and “Beat Bobby Flay” with Bobby Flay.

Fieri and Flay are two TV hosts I rate very low. I don’t enjoy their programs at all.

If the Food Network is going to rerun lots of programs, I suggest they pick something other than programs made by these two.

So, what’s going on at the Food Network?

It’s made mistakes, according to the Mashed article “The Food Network Has Made Some Pretty Bad Decisions.”

Viewers' tastes have shifted, chefs have created controversy on- and off-camera, and more than a few claims of cultural appropriation have left the station with egg on its face, the article said. In addition, the network has shifted to focus more on pop culture and guilty-pleasure recipes over the years.

Anyway, I’ll keep checking out the Food Network to see if they’re offering anything worthwhile. However, I’m not hopeful.

I would agree that The Food Network had lost it's appeal over the years.

Guy I don't mind and I think his show "Dinners, Drive-ins and Dives" does well because of it going to various places with something different food wise. I enjoy it when he goes to a place that is close to my home as I think why it works is everybody wants to see the dive place in their town showcased.

I believe "Chopped" works well because of the diversity of product used and of the contestants and it's another show that I enjoy.

As for Bobby Flay? Yeah, a little goes a long way with him, not a fan.

Looking at the Food Network schedule, it's pretty much all reruns and mass marathons. I would guess they are in search of a new idea which isn't always that easy.

That said, I'll continue to watch the occasional "Chopped" marathon.

I watch "Chopped" any time I can find it. I wish they'd put it on reruns rather than the Guy Fieri and Bobby Flay programs.

It was disappointing in reading a lot of articles about what's going on at the Food Network to learn that Robert Irving's program "Restaurant Impossible" will be moving to Discovery+. Irving has gotten a lot of feedback from fans that they don't like it that he's moving to a paid streaming channel. I really like Irving's program because he helps restaurant owners who are in bad shape. That's rare in television these days.

I haven't watched the TVFood Network in years. same old same old. I have a Roku and there are soooooo many cooking show channels on a ton of FREE apps on Roku, my favs are the Roku Channel itself, watched the Naked Chef series, as well as a ton of other BBC cooking shows, OLD America's test Kitchen shows when they were all quite young! and many many new chef shows, then there is Pluto and Xumo and iFood, I watched all the new Paula Dean episodes on there. Check them out, the apps are free as long as you have a Roku (I think you can also do with fire stick? but not sure. Expand your horizons.