Chamber of Commerce, whose members include dozens of lawbreakers, lobbies against FTC enforcement 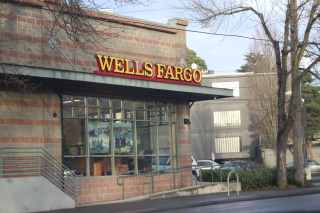 The U.S. Chamber of Commerce is lobbying to oppose tougher enforcement at the Federal Trade Commission because its ranks are filled with corporate wrongdoers, according to a Public Citizen report released Monday.

The 111 known Chamber member corporations have violated state and federal laws 15,896 times and racked up penalties totaling more than $154 billion since 2000, Public Citizen’s analysis of corporate disclosures and penalty records found. In addition, 19 Chamber members have pleaded guilty to crimes at the parent or subsidiary level, while another four are currently under criminal investigation.

The report provides details on the Chamber’s recent efforts to undermine the FTC, said Rick Claypool, a Public Citizen research director and author of the report.

After FTC Chair Lina Khan announced an initiative to combat corporate crime, the Chamber accused the agency of “going rogue” and vowed to respond with every tool it has, Claypool said. Now the business lobby is reportedly launching a six-figure ad campaign attacking the agency.

“In fact, it is the Chamber’s ranks that are packed with rogues,” he said. “The time is long overdue for big corporations that engage in abusive, monopolistic, and predatory behaviors to face serious consequences.”

Some of the Chamber’s corporate lawbreakers listed in the report are:

The annual cost of corporate and white-collar crime to Americans is estimated at between $300 billion and $800 billion a year, while street crime costs about $16 billion, according to the report. But under the Trump administration, corporate prosecutions plunged to a quarter-century low.

Claypool said a November poll from Data for Progress found that 70 percent of Republicans, Independents, and Democrats want the Biden administration to do more to fight corporate crime.