Home About Newsletter Categories Donate
Progress made in public health, climate, and consumer protection during 2021, consumer group says
The why and how of your total wealth 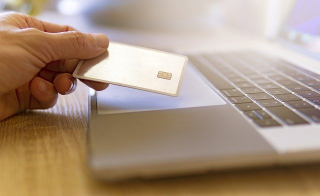 Hundreds of thousands of consumers are having problems getting credit bureaus to correct their credit reports, a new analysis by the Consumer Financial Protection Bureau shows.

Consumers submitted more than 700,000 complaints to the CFPB about Equifax, Experian, and TransUnion from January 2020 through September 2021. The complaints were more than 50 percent of all complaints received by the agency during that time period.

Credit reporting plays a critical role in consumers’ lives and has a large reach beyond consumer financial services.

More than 200 million Americans have credit files, and lenders rely on this information to decide whether to approve loans and on what terms. Consumer reporting also influences decisions about employment, insurance, housing, and essential utilities.

For consumers, incorrect information on credit reports drive up the cost of credit and limit opportunities, such as starting a small business or buying a new home.

Consumers most frequently say that the inaccurate information belongs to someone else, and consumers often describe being victims of identity theft.

The CFPB found the three companies often failed to provide meaningful responses, especially when they alleged the complaints were sent in by third parties. However, consumers can authorize others to submit complaints on their behalf, the CFPB said.

One of the main sources of consumer debt that can lead to consumer reporting inaccuracies and mistakes is medical bills. Consumers find pricing that they don’t know about, a complex system of insurance coverage, and frequent delays in consumers receiving bills create a quagmire and can make it harder to resolve billing errors.

Previous research by the CFPB shows consumers often struggle to determine whether the medical debt belongs to them, and, if it does, whether the amount is accurate.

The CFPB said medical billing is one example that highlights the ease with which errors, mistakes, and inaccuracies can occur, along with the financial consequences that follow.

In their complaints, consumers described feeling frustrated and stressed when the consumer reporting companies’ automated processes for correcting inaccuracies didn’t work or when they didn’t get responses to their concerns, the CFPB said in its report. Consumers reported that they spend time, energy, and money to try to correct inaccuracies.