Did you spend too much on the holidays? You’re not alone, survey shows 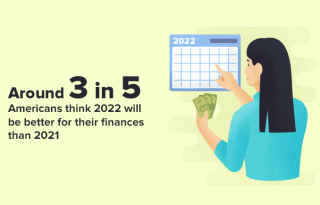 And covid didn’t affect their holidays, 56 percent of Americans said. That’s up from 40 percent last year.

“Vaccines have been effective, travel has resumed, and we’re getting used to life with the virus, so it’s understandable that most people report being unaffected by Covid this holiday season,” said Jill Gonzalez, WalletHub analyst.

In another finding from the survey, 54 million Americans said 2021 was a “poor” year for their finances. And 68 percent of Americans think the U.S. economy won’t go back to normal in 2022.

“Even though unemployment is low and the stock market is high, many people are still struggling financially due to Covid, rising inflation, resurgent credit card debt levels and other headwinds,” said Gonzalez. “The key is to learn from what went wrong in 2021 and try to improve in the new year.”

Among other findings from the survey:

Good luck in 2022. If you need help figuring out a plan for paying your bills and debts, see my article on how to spruce up your finances.