Home About Newsletter Categories Donate
Be careful ordering expensive, parishable food during winter months
Three elevator manufacturers recall residential elevators due to risk of injury or death to children, with warning issued on elevators made by a fourth company 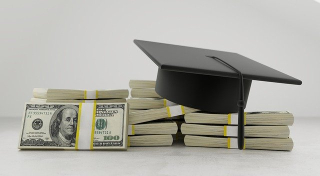 Student loan servicer Navient has agreed to cancel $1.7 billion in debt owed by more than 66,000 borrowers throughout the nation and pay more than $140 million in penalties to settle charges of abusive lending practices.

The $1.85 billion settlement with 39 state attorneys general was announced Thursday.

In addition to canceling loan balances, Navient will pay $142.5 million to 32 states. Navient also will alert consumer credit bureaus about the debt cancelation on the borrowers’ and co-signers’ credit reports, and refund some payments sent after June 30, 2021.

The settlement also contains terms to prevent Navient from engaging in similar harmful conduct in the future.

Attorneys generals for Washington, Illinois, Pennsylvania, California, Massachusetts, Ohio, and North Carolina, as well as the Consumer Financial Protection Bureau, led an investigation into Navient’s business practices. Washington, Illinois, and the CFPB filed lawsuits against Navient in January 2017, then other states followed.

On Oct. 20, 2021, Navient transferred its servicing of 5.6 million loans owned by the U.S. Department of Education to Maximus, which will service loans under the name AidVantage.

Following the transfer, Navient continues to service its existing portfolio of private student loans and legacy Federal Family Education Loans issued before the program ended in 2010.

“Today’s settlement is a victory for student loan borrowers in California and in our sister states who were exploited by Navient and trapped by poor servicing conduct into expensive loans that they couldn't afford,” said California Attorney General Rob Bonta.

Navient has been one the worst actors in the student loan servicing market, and this settlement is a step toward accountability, providing direct relief for many of the most vulnerable student borrowers, Bonta said.

Forbearance was easy for Navient, bad for borrowers

Navient will pay restitution to students it enrolled in forbearance instead of fully explaining the benefits of income-driven repayment plans. Navient pushed borrowers into forbearance, which was good for the company because it was simple and cheap, but resulted in long-term harm to most borrowers, according to the states’ lawsuits.

Forbearance allowed borrowers to suspend payments temporarily, but their interest continued to accumulate. When repayment resumed, the accumulated interest would be added to the loan principal, meaning borrowers ended up paying interest on their initial interest.

Unlike forbearance, income-driven plans offer the possibility of loan forgiveness after 20 or 25 years of qualifying payments, and can provide interest subsidies. Under income-driven plans, payments can be as low as $0 per month.

Consumers don’t need to take any action to receive benefits

Borrowers receiving private loan debt cancelation will receive a notice from Navient, and they’ll receive refunds of any payments made on those loans after June 30, 2021. Consumers who are eligible for a restitution payment will receive a postcard in the next several months.

Federal student loan borrowers who may be eligible for a restitution payment should update their contact information in their student.gov account or create an account if they don’t already have one.