Home About Newsletter Categories Donate
Did you spend too much on the holidays? You’re not alone, survey shows
Credit bureau complaints jump to more than half of those filed with the CFPB

Progress made in public health, climate, and consumer protection during 2021, consumer group says 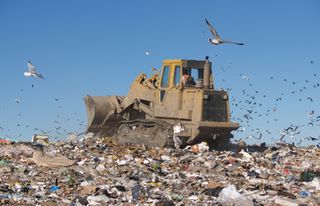 Since I wrote an article recently on the top consumer and personal finance stories of 2021, I was interested in a list offered by U.S. PIRG on the progress made in health, climate, and consumer issues in 2021.

U.S. PIRG, a public interest research group, and its state partners worked on or supported many of these issues.

“To address our historic challenges, it’s more important than ever to advocate for policies that protect and strengthen the public interest,” said U.S. PIRG President Faye Park.

Here are some 2021 highlights on progress made in public health, climate, and consumer issues during 2021, according to U.S. PIRG:

On July 9, the president signed an executive order “promoting competition in the American economy,” featuring several actions in support of the Right to Repair. In the order, President Biden called on the Federal Trade Commission to establish rules to prevent repair restrictions, with a specific focus on cell phones and farm equipment.

The FTC unanimously voted to endorse a new policy statement regarding the agency’s more aggressive approach to enforcing Right to Repair laws.

Apple and Microsoft make major concessions to Right to Repair

Bowing to shareholder pressure, Microsoft agreed to take steps to allow consumers to get their devices repaired by people outside the tech giant’s authorized network. Microsoft said it will hire an outside research firm to analyze the environmental benefits of increasing access to repair, and of making new parts and documentation available beyond its authorized repair network by the end of 2022.

In November, Apple reversed its longstanding policy against making spare parts, repair instructions, and repair software tools available to customers. The commitment is part of a new Self Service Repair program.

The U.S. Senate confirmed Rohit Chopra as the new director of the Consumer Financial Protection Bureau. Before assuming leadership at the CFPB, Chopra helped set up the agency, ran its student protection office, and stood up for consumer rights as an FTC commissioner.

U.S. PIRG settled a lawsuit over the CFPB’s creation of an illegal “Taskforce on Federal Consumer Financial Law” under the Trump administration. Former President Donald Trump stacked what came to be known as the “Task Farce” with five representatives of the financial services industry and didn’t appoint any consumer representatives.

The U.S. PIRG Education Fund released a report that found few states offer basic protections against predatory towing practices. After the report was picked up by local and national news organizations, a legislator expressed interest in introducing a bill in Colorado. In Boston and Baltimore, city councilmembers filed bills to protect consumers from predatory towing.

In late 2021, the U.S. PIRG Education Fund analyzed more than 200,000 consumer complaints filed with the Department of Transportation against commercial airlines. With these findings, PIRG prepared a report about which airlines have received the most and fewest complaints, and the issues that airlines need to address most.

On his first day in office, President Biden canceled the Keystone XL pipeline permit. In June, five months after the permit cancellation, the pipeline’s developer, TC Energy, ended the project.

In a bipartisan vote, the U.S. Senate reversed a methane rule enacted under the Trump administration. President Biden later signed that reversal into law. Methane, which is commonly released during the extraction of fossil fuels, is a highly dangerous greenhouse gas that warms the planet with 28 times the strength of carbon dioxide.

In Dec. 2020, Congress passed an energy bill that included a provision to phase down the production and consumption of hydrofluorocarbons, climate change-exacerbators known as “super greenhouse gases.” In 2021, the U.S. Environmental Protection Agency enacted mandates to follow through on that bill.

Wendy’s, the third-largest U.S hamburger chain, committed to phasing out the routine use of medically important antibiotics in its meat supply chain by the end of 2030. The use of lifesaving medicines in meat production needs to be reduced, because it makes them less effective when people need them to fight infections.

In March, the Virginia Legislature passed a statewide bill to ban plastic foam food containers, making it the sixth state to do so. Disposable foam products are non-recyclable and rank among the most common and harmful plastic pollutants made today.

Two months later, in May, Washington state responded with a more comprehensive ban on plastic foam products, including foam coolers and packing peanuts. The law also includes mandates for manufacturers to use recycled content in plastic bottles and jugs for household cleaning and personal care products.

Maine passed the first statewide “producer responsibility” legislation. This law will hold the manufacturers and sellers of packaging – particularly single-use plastics – responsible for the costs of cleaning up their waste.

California passed the first statewide truth-in-labeling bill to address greenwashing, the public relations tactic of making something seem more environmentally friendly than it is. The law requires manufacturers to truthfully acknowledge whether their product is recyclable and label it correctly.

The Metropolitan Transit Authority of Harris County approved a goal in late summer to transition the urban area’s entire public transit fleet to zero-emission vehicles by 2030. A few months later, Austin’s transit agency approved a contract for 197 new electric buses over the next five years – one of the largest electric vehicle purchases ever made in the United States.

The Colorado Department of Transportation passed a new rule to cut greenhouse gas emissions, clean up air pollution, and increase transportation options, such as transit, walking, and biking.

In January, McDonald’s committed to eliminate PFAS-treated food packaging used in its restaurants globally by 2025. Wendy’s issued a similar commitment in April.

In October, California became the seventh state to ban the use of PFAS in food packaging. The law also requires manufacturers to disclose all potentially hazardous, intentionally added chemicals on the packaging for cookware and bakeware products.

Congress reinstated a “polluter pays” fee on hazardous chemicals as part of the Bipartisan Infrastructure Framework. After 26 years of footing the bill for hazardous waste cleanup, part of the burden will now shift to the polluters responsible for creating these toxic waste sites.

In October, L’Oréal unveiled new disclosure standards that will allow customers to review more of the ingredients in the L’Oréal products they buy and help them make better-informed purchases.

This fall, the EPA banned the pesticide chlorpyrifos from use on all food crops, which accounts for more than 90 percent of its use.

Maryland passed a law that enables voters who prefer to vote by mail to do so without having to apply for a mail-in ballot for each election.