Have you ever wondered about the safety of eating a home delivered meal? 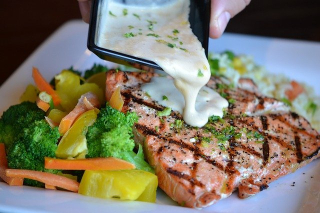 Recently, I wrote about a turkey Wellington I ordered from Harry & David. Unfortunately, it sat in the FedEx warehouse for about 10 days. I knew it wasn’t safe to eat. I got my money back.

For some time, however, I’ve wondered about the safety of home delivered meals.

During the pandemic with so many people staying home, the sale of fresh-food meal kit deliveries skyrocketed.

The food safety of these home deliveries, especially the so-called last mile, is getting attention from the Food and Drug Administration and university researchers, according to an article in Food Safety News, an online newsletter.

The article reported on the findings from a North Carolina State University study: The majority of meal kits delivered to consumers contain one or more perishable food items that have been exposed to temperatures above the 40-degree Fahrenheit safety zone that impedes the growth of potentially harmful bacteria.

The researchers evaluated 72 deliveries of identical menu items from 12 leading companies that deliver meal kits, ready-to-eat meals, or perishable foods via a delivery service such as FedEx. Key findings of the study include:

The article reported there is a way to track the temperature of meals that are shipped. Varcode provides variable barcode technology that monitors meal kits and other temperature sensitive products to final delivery.

Wow.. thats it for me.. no more hello fesh or shari's berries.

Thanks for leaving the comment. I've wondered about the food safety of home delivered meals for some time, so I appreciated learning about the university's research. I hope the tracking system is set up so we know more about this.