Home About Newsletter Categories Donate
Did you know that loyalty programs can collect and use your personal information?
On Presidents’ Day, make a plan to stand up for democracy 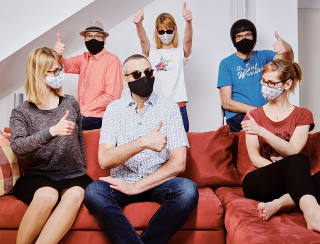 It’s disappointing that the governors in blue states are removing covid restrictions. Just because cases from the huge spike in covid cases caused by the omicron variant are dropping dramatically doesn’t mean that the chances of getting covid are gone or are even reduced significantly.

I think the governors are reacting to some members of the public who never liked or are tired of the restrictions and Republicans, who continue to try to beat up Democrats over the pandemic for political reasons.

That’s despite the fact that more Republicans are dying from the coronavirus than Republicans.

Counties where more than 60 percent of residents voted for Republican presidential candidate Donald Trump in the 2020 election have nearly triple the death rate of counties whose majority voted for Biden, according to a National Public Radio story. Counties that voted for Trump at an even higher rate experienced an even higher death toll.

The Biden administration has said it will continue to support stricter guidance from the Centers for Disease Control and Prevention.

It’s likely that in March or April, we’ll see another spike in covid cases either from a new variant or from the removal of restrictions too early.

Let’s hope local governments and school districts have more political will to stand up to the bullies.

My recommendation is to keep wearing a mask, preferably an N95, and avoid crowded indoor situations. If you have children in school, keep having them wear masks, too.

It’s so sad and hurtful for our country that so many people have died from covid, the highest number of any developed country.

Since Dec. 1, when health officials announced the first omicron case in the United States, the share of Americans who have been killed by the coronavirus is at least 63 percent higher than in any other of the large, wealthy nations, according to a New York Times analysis of mortality figures.

In the U.S. so far, 931,306 people have died of covid since the pandemic began. It’s a failure of public policy and a regrettable campaign of misinformation by a number of people including the far right and many Republicans.

Do you really want to see another jump in the number of cases and deaths? Do you want someone close to you to get covid and die? Protect yourself and your loved ones.

Why, why, why do you ask us to be prisoners? It is enough of scaremongering. Get real!!!!

I'm glad you'll continue to be careful. With covid, we just don't know what will happen next.

Los Angeles has not lifted the mandate yet and I don't mind at all. I will still wear a mask indoors for quite a while. Most people in my area are complying which is nice. I haven't caught anything so far.

Good for LA. Like I said in my article, I hope cities and school districts will have more sense than some of these governors.