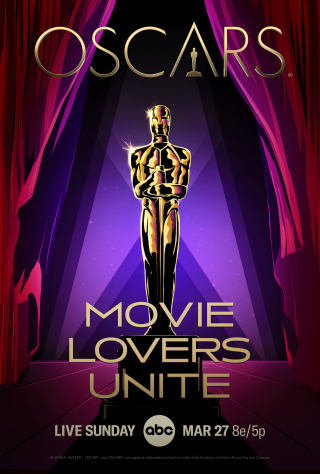 It’s getting closer to the big Oscar night March 27.

More of the nominated movies are becoming available online. However, be sure to compare prices to save yourself some money.

I signed up for Amazon Prime, not for free delivery, but for the Amazon Prime movies. Since I review the Academy Award nominated movies every year for sexism, ageism, and violence, I thought it would be helpful. However, Amazon Prime is a huge disappointment. Amazon only produces a few movies a year and most of the new movies it offers cost money, often $19.99.

When I went to my local supermarket today, I found “King Richard” for $1.99 at the Redbox kiosk. A good deal. It’s currently $5.99 on Comcast and Amazon Prime. It’s dropped in price, previously being $19.99.

I bought the animated movie “Luca” at Redbox for $2. I couldn’t remember what it was about, but I didn’t want to buy “Cruella.” It’s the 101 Dalmatians origin story centered around the film's villain. “Luca” is $19.99 to buy on Amazon Prime and Comcast.

Like I did last year, I signed up for Netflix temporarily. All its movies are free. I’ve watched “The Power of the Dog,” “Don’t Look Up,” and “Tick … Tick BOOM!” I see Netflix has “The Hand of God” so I’ll watch it soon. I’ll also see the shorts “ Nightmare Alley,” “Robin Robin,” and “Lead Me Home.”

Right now “Parallel Mothers,” “Belfast,” and “Dune” are $19.99 to buy on Amazon Prime and Comcast. Hopefully, they’ll drop in price or I can find them cheaper elsewhere.

I may need to sign up temporarily for Hulu to watch on “Summer of Soul,” “Flee,” and “Four Good Days.” Hulu has a 30-day free trial.

Like last year, I’m not too interested in going to the theater to watch a movie during the pandemic.

Best wishes with your movie watching. I’m glad I started early this year watching the nominated movies. It’s a big job to watch 30 to 40 movies in a few weeks.

I hadn't considered that there is some variation. Good advice, Rita.

Yes, I'm glad there are so many opportunities to see movies online, especially as the pandemic continues.

Have never used Redbox. Its certainly cheaper than Amazon! Thanks for the tip.

I love Redbox. However, I just learned that my Apple computers won't play the Blu-ray disks. I purchased several for $2 each and had to return them.

I got screeners through the Screen Actor's Guild and we have most of the streaming channels because my roommate is a TV junkie. CODA is a must-see. I got to meet Troy Kotsur at a convention a couple of months ago and he is wonderful.

Rebecca, you're right there in the biz. It sounds like so much fun.