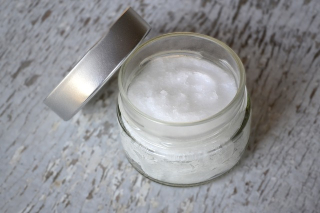 Almost half of skin lightening creams tested contained dangerously high levels of mercury but continue to be sold by online retailers such as Amazon, eBay, and Flipkart, according to a report from the Zero Mercury Working Group, an international coalition of more than 110 public interest environmental and health organizations in 55 countries.

Products were purchased from more than 40 online retailers and 271 were tested. Of the skin creams evaluated, 129 products had mercury levels over 1 part per million or ppm. Products were tested by an accredited laboratory in the European Union, after being screened using x-ray fluorescence analyzers.

“The science shows that exposure to mercury is linked to a multitude of serious health problems,” said Tasha Stoiber, Ph.D., a senior scientist at the Environmental Working Group. “In Sacramento, a woman fell into a coma after using skin cream contaminated with mercury. When tested, her blood had 500 times the acceptable amount of mercury.”

Some of the samples tested by the Zero Mercury Working Group contained as much as 65,000 ppm of mercury – 65,000 times the legal limit of 1 ppm set by the U.S. Food and Drug Administration.

Mercury is used in cosmetics as a skin lightening agent and preservative. Cosmetics with mercury are often marketed as skin lightening creams and anti-aging treatments that remove age spots, freckles, blemishes, and wrinkles, Stoiber said. Adolescents sometimes use these products as acne treatments.

The FDA banned the use of mercury in most cosmetics at levels higher than 1 ppm in 1973. The agency has investigated skin lightening creams and also created an import alert for skin whitening creams containing mercury, which allows FDA agents to detain products at the border.

Demand for skin lightening products continues to grow, and the practice of skin bleaching is a serious global public health issue, according to the International Journal of Dermatology. Global Industry Analysts Inc. estimates the world-wide market for skin lightening creams is $8.8 billion in 2022 and will grow to about $11.8 billion by 2026.

Most of the skin creams tested were manufactured in Asia, especially in Pakistan, Thailand, China, and Taiwan, the report said.

In 2018, the EWG joined 50 environmental and public health groups to urge Amazon and eBay to stop selling personal care products, such as skin lightening creams, shown to have mercury at levels over 1 ppm.

A highly toxic heavy metal, Mercury can cause kidney damage, skin rashes, skin discoloration, and scarring, as well as a reduction in the skin’s resistance to infections. Other effects include anxiety, depression, psychosis, and nerve damage that can result in pain or numbness in the hands, arms, legs, and feet.

Skin care products that contain mercury remain on the market, readily accessible to many consumers, according to the report. The FDA has limited resources and authority to regulate cosmetic imports, even illegal ones such as mercury-containing skin creams. When the FDA does test imported products, it often finds contaminants or illegal ingredients such as mercury, despite the import alert.

“People shouldn’t have to worry that they’re putting their health at risk by doing something as routine as applying skin cream or lotion,” said Melanie Benesh, EWG legislative attorney. “Online retailers have policies restricting the sale of products made with ingredients that may harm health. It shouldn’t be this easy to buy an illegal, dangerous product. Retailers need to actually enforce these policies.”

Both Amazon and eBay have restricted item policies, Benesh said.

Amazon’s policy states that “Products offered for sale on Amazon must comply with all laws and regulations and with Amazon’s policies. The sale of illegal, unsafe, or other restricted products listed on these pages . . . is strictly prohibited.” Amazon also has categories of products that require its approval before being sold. By enforcing these policies, both companies could help protect the public from a significant health risk, she said.

Outdated federal cosmetics policies also need to be updated, Benesh said. The cosmetics section of the Federal Food, Drug, and Cosmetic Act hasn’t been updated since 1938. The FDA lacks the resources and authority to adequately regulate products such as illegal mercury-containing skins creams and hundreds of other legal but potentially harmful cosmetic ingredients, she said.

In the absence of federal reform, states are passing bans on chemicals in personal care products such as skin creams, Benesh said. With the Toxic-Free Cosmetics Act in September 2020, California was the first state to ban 24 ingredients, including mercury, from personal care products. In 2021, Maryland also banned mercury from cosmetics.