Are you getting enough sleep? 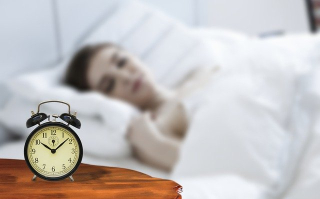 Many Americans aren’t getting enough bright light exposure during the day and are looking at screens around bedtime, according to the National Sleep Foundation. In addition, many fall short of recommendations for exercise and take meals at inconsistent times.

These are among the findings of the foundation’s 2022 Sleep in America Poll.

Details from the poll are:

These findings show there are opportunities for small adjustments to daily routines that prioritize sleep for overall health, said John Lopos, CEO of the foundation.

Over the last 31 years, the foundation has conducted the poll to gain a better understanding of Americans’ sleep health and habits, Lopos said. It shares sleep practices so people can operate at their best.

Here’s wishing you many good nights of sleep.