Home About Newsletter Categories Donate
Academy Awards nominations for 2021 movies often violent, unimaginative with some very dark themes
Are you getting enough sleep?

The 2022 Oscars show: Some questionable moments, aside from the slap 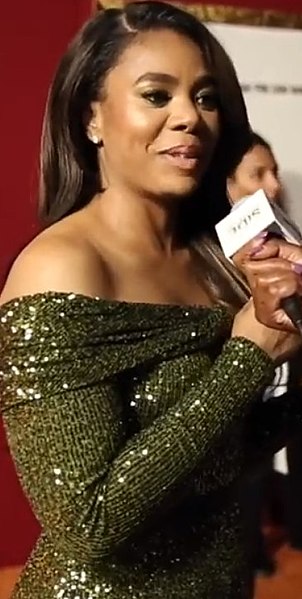 Photo: The Other Side

Every year, I watch more than 30 Academy Award nominated movies and review them for violence, sexism, and ageism.

The reason I take the time to do this is that I think that movie makers can do a much better job producing movies that are meaningful instead of junk.

I usually don’t write about the Academy Awards show. I pick what I think are the best movies, which only occasionally matches what the academy selects.

However, there were several disappointing moments in the program Sunday.

The three women comedians – Wanda Sykes, Amy Schumer, and Regina Hall – mostly did an O.K. job. I liked Sykes’s joke about Venus and Serena Williams finally made the movies – in a story about their father.

What I highly object to is Hall’s segment where she called single men to the stage saying they had failed their covid tests and needed to have another. Hall, pictured above, said the test involved her swabbing “the back of your mouth with my tongue.” Then, she gave two of them a pat down. Very inappropriate. Women shouldn’t be treated like sex objects; men shouldn’t be either.

I was also disappointed by the new emphasis in some of the gowns women wore to show as much as their breasts as possible. It didn’t seem glamorous to me.

I had wondered if the joke was in the script, since the Academy Awards program is highly scripted. However, the joke was an ad-lib, it was reported Monday.

Posted at 02:10 AM in Companies, Consumers, Entertainment | Permalink | Comments (7)

Wow. I'm glad I don't watch the Oscars anymore. I'm the Monday Morning Quarterback on that show now. What's sad is the amount of time spent on "antics" at the expense of people who deserve to have their awards during the broadcast. I'm sad that The Summer of Soul, which is the documentary that won the category Chris Rock was announcing didn't get the attention it deserved. Worse, Chris Rock not only insulted Jada but when he announced the winners, he said something to the effect of "Questlove and 3 white guys." Only Joseph Patel is not a white guy. And backstage Questlove was being asked questions about Will and Chris not about his Oscar win. Insensitivity all around.

Yes, insensitivity all around at the 94th Academy Awards ceremony.

I hardly watched the Oscars anymore, even before Covid. For me, its a bunch of self-involved people celebrating putting out mostly junky, violent and misogynist movies.

I had forgotten about Hall's licking joke. But you are right. It was pretty gross.

Yes, my daughter saw Hall's pat down in a clip and thought it was cringeworthy.

I am glad I don't watch the show. Reading about the stuff that went on, and seeing clips, is more than enough. Like you said, time to move on...

I like to analyze the Academy Award nominated movies because I think Hollywood and filmmakers in general can do a much better job. I more than 10 years of watching the awards ceremony, I've never written about it. This year's show had moments that needed to be called out.