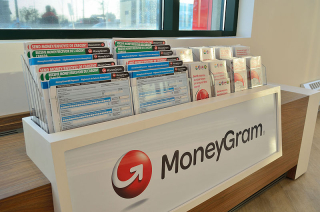 MoneyGram, one of the largest money transfer companies in the United States, held up funds and withheld refunds, the Consumer Financial Protection Bureau and New York Attorney General’s Office allege in a lawsuit. The company systemically and repeatedly violated consumer laws when it failed to deliver funds promptly to recipients abroad, the agencies contend.

When the CFPB began its MoneyGram investigations between 2014 and 2016, it found problems, Chopra said. In 2019, the CFPB did another review to see if MoneyGram had followed through on promises to fix its problems. However, for more than five years, the CFPB worked with MoneyGram to comply with the law, but MoneyGram failed to make corrections, he said.

MoneyGram has violated law enforcement orders on many occasions with different agencies.

In 2012, MoneyGram agreed to pay $100 million and enter into an agreement with the Department of Justice, admitting it criminally aided and abetted wire fraud and failed to maintain an effective anti-money laundering program. MoneyGram also violated that agreement.

The lawsuit seeks remedies for consumers, an injunction to stop future violations, and penalties.

“Our immigrant communities trusted MoneyGram to send their hard-earned money back home to loved ones but MoneyGram let them down,” said New York Attorney General Letitia James. “Consumers deserve to know where their money went.