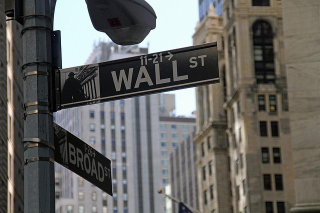 If you’re like me, you pay income taxes every year. However, some large corporations are evading taxes while raising prices.

Five large corporations – including FedEx, Nike, and Duke Energy, which raised prices on consumers last year – paid an average tax rate of negative 11.6 percent and owed a total of negative $636 million in federal income tax in 2020, according to Accountable.US, a watchdog organization. But, these same companies saw net incomes jump to at least $14.5 billion and spent over $27.6 billion on shareholder handouts in 2021.

“How can any big corporation that has effectively paid nothing in taxes and reported massive new profits and generous shareholder rewards honestly say they had no choice but to raise prices so high on consumers?” asked Kyle Herrig, president of Accountable.US.

When corporate profits are at their highest levels in nearly 50 years, it’s time many CEOs admit they’re charging average families well beyond any new costs during the pandemic, Herrig said.

“Corporations can either play a role in the economic recovery – or hold it back by using the pandemic as an excuse to rip off families,” he said. “Highly profitable companies can start taking responsibility by stabilizing prices for consumers instead of padding their bottom line, on top of finally paying their fair share in taxes.”

Many CEOs have claimed they had no choice but to hike costs on consumers, while turning around to boast of rising profits to investors and rewarding their shareholders with stock buybacks and dividends, Herrig said.

Key points from Accountable.US’s recent report, “Research on Profiteering Corporations That Paid No Taxes,” are:

Tax breaks allow corporations to earn a negative effective tax rate. That means they earned more in their after-tax income than in their pretax income, often due to tax rebates from the U.S. Treasury.

Sadly, this is nothing new. Not since the first "tax form" of Rocket Ronnie's administration.
Neither Dems nor GOPers have the will or nous to revise the tax code so it's less favorable to corporations and the wealthy, i.e. less regressive. Without true/strict campaign finance reform I can't see that changing, just as I can't see any decrease in the erosion of consumer protection law--unless people think being forced into private law (mandatory arbitration) and agreeing not to participate in class actions is great for "consumers." Maybe if Congresswoman Warren had been nominated for prez and actually won, we might've seen some real changes w/regards to consumer protections. Maybe.
While campaigning, some of the Dems talk about tax reform but when they're elected, somehow it becomes "too extreme" to actually do because of course it's just too extreme to expect the wealthy & large corporations to pay their share, despite the many tax breaks they get (from states, from cities, etc).

Guess I'll join the Democratic socialist party, since if they ever elect enough people, they might actually try to achieve reform of the tax code.

Many years ago, Bush I said that he wanted the IRS to "crack down" on tax cheats, of course, he meant only middle & working class (and poor people) 'cheaters'. The then head of the IRS said, that most of the fraud/cheating wasn't by those people, as the IRS already had some form of software that picked up on most of the obvious errors, etc on their returns, which were usually very simple compared to those of say, Exxon or Dow. He said what was needed was ALOT funding so that the IRS had the staff and time to audit the large corporations (Exxon, etc) who had very complex returns and of course, accounting forms & tax attorneys helping them figure out ever possible loophole, concealment of income etc. That that's where the most cheating occurred. But you needed alot of skilled employees to review those complex returns. Read it in the Wall Street Journal, in the days when the Wall St. J had some excellent investigative journalists and editors who enabled those journalists opportunities to investigate corporate behaviors, good & bad. As expected, Congress and Biden have chosen to further bloat the DoD (and subsidize the privatization of military functions and the corporations that get those contracts) instead of funding the IRS or SSA well enough so that both agencies could provide the quality of service that people in the US deserve.

I agree. The tax evasion has gone on for decades by corporations. And, yes, lawmakers aren't doing enough to stop it. The under-funding of the IRS adds another layer of complexity.