Facts and figures for Mother’s Day 2022 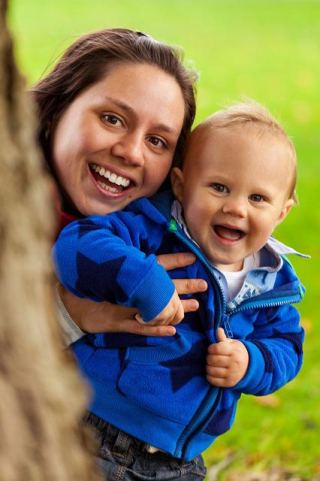 The first Mother’s Day celebrations were organized by Anna Jarvis on May 10, 1908 in Grafton, West Virginia, and Philadelphia. Jarvis became the leader for the Mother’s Day movement as the annual celebration became popular across the nation. She asked Congress to set aside a day to honor mothers, and she was successful in 1914, when Congress designated the second Sunday in May as Mother’s Day.

Mother’s Day spending is expected to total $31.7 billion this year, up $3.6 billion from 2021’s record spending, according to a survey conducted for the National Retail Federation. About 84 percent of U.S. adults are expected to celebrate Mother’s Day.

Consumers are planning to spend $25 more this year on Mother’s Day purchases and are expected to spend a record average of $245.76.

Jewelry purchases and special outings such as dinner or brunch are responsible for this year’s spending increases, marking a record in the survey’s history for average spending in both categories. The survey has been conducted for the federation since 2003.

There’s also more interest in the number of shoppers seeking gifts that can’t be wrapped. Gifts of experience such as concert or sporting event tickets will be given by 27 percent of Mother’s Day shoppers, up from 23 percent last year and the highest since the federation started tracking this category in 2016.

More than half of consumers, 57 percent, are planning to spend an average of $40.90 on a special outing such as dinner or brunch.

Shoppers also are looking for meaningful Mother’s Day gifts, with 46 percent of those surveyed interested in finding a gift that’s unique or different and 41 percent looking for a gift that creates a special memory.

Thirty-nine percent of consumers are planning on gifting product subscription services such as Birchbox or Stitch Fix, for an ongoing Mother’s Day gift.

From the Pew Research Center:

While most U.S. mothers are married, 68 percent, nearly one-quarter, 24percent, are single moms.

In an October 2020 survey reflecting pandemic times, about a quarter, 27 percent, of mothers with children younger than 18 at home said that at that point in their life, the best work arrangement for them personally would be not working for pay at all, up from 19 percent who said so in a summer 2019 survey.

Among working parents with children under age 18 at home, mothers were generally more likely than fathers to say that, since the beginning of the coronavirus outbreak, they faced a variety of professional challenges.

From the U.S. Census Bureau:

When working women have children, they experience a permanent setback in their likelihood of working and a big but temporary drop in earnings.

There are no major differences in earnings between working mothers with just one child and those with multiple children.

Of parents with children under age 21 who had nonresident parents, just over one-quarter, 27.5 percent, received child support payments in 2017.

Median annual child support received was $3,328 for parents receiving any support but was 33.1 percent higher for those who received it regularly, $4,431.

Women make up nearly half of the U.S. workforce, and nearly 68 percent of moms with children under age 18 were working in 2021.

Interesting information about the worst and best states for working Moms, and Mother's Day spending. Enjoyed the read.

Fascinating. Some of these (particularly the total number of women 40-44 who are mothers) were a big surprise!

Washington state was 11th in the list of the best states for working moms. The bottom five weren't surprising. They're often the ones that come out on the bottom for education and government services.

Love that you are always a fount of facts!

Yes, my readers love articles about the holidays, so I've done "facts and figures" for years.

My mother was 42 in 1961 when she had me. That was considered really old to have a baby back then. None of my friends had parents that were that old. I couldn't even imagine starting over with having a child at that age.

My favorite mother's day gifts are going out with my kids to an event and lunch or dinner. Great facts about moms. Who knew?

Yes, going out with my daughters to lunch or dinner or an event is one of my favorite Mother's Day gifts, too.