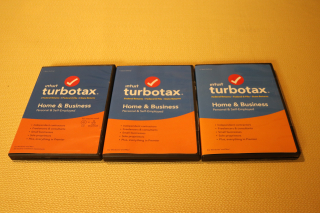 Intuit has agreed to a $141 million settlement to resolve allegations by 51 attorneys general that it deceptively advertised its “free” online TurboTax products.

This low rate is due, at least in part, to tactics used by Intuit to steer taxpayers away from the IRS Free File Program and to its paid commercial products, said California Attorney General Rob Bonta.

“For more than a decade, Intuit used underhanded tricks and deceptive tactics to steer low-income and military taxpayers into paid products despite knowing that they qualified for free help,” said Bonta. “Today’s settlement is a critical step toward accountability, providing direct restitution for millions of taxpayers and preventing Intuit from lying and misleading their customers in the future.”

TurboTax is the largest e-file tax preparer in the United States, with about 40 million taxpayers using TurboTax’s online product each year. From 2007 to 2021, Intuit offered two competing “free” products through TurboTax – one coming from a public-private partnership with the IRS and the other a commercial product – creating widespread confusion that Intuit profited from.

In 2002, Intuit agreed to provide low-income Americans and active-duty servicemembers the option to file their taxes for free. In exchange, IRS agreed not to enter the tax-preparation and e-filing market.

Intuit’s “Freedom Edition,” also called the IRS Free File Program, allowed anyone to use the product to prepare and file their taxes for free who:

In 2007, Intuit launched its own “free” commercial product – also named “Free Edition.” This product is free, however, only for “simple returns,” which Intuit defines as having no schedules, forms, or other “complications,” no matter how common.

The states said a large portion of taxpayers who begin the filing process using the Free Edition are informed later in the process, after spending hours filling out their information, that they need to pay $59.99, and in some cases more than $200, because their returns aren’t considered “simple,” regardless of their income.

An investigation of these products found that Intuit steered users away from its IRS Free File product and towards its “free” commercial product using deceptive techniques and “dark patterns.” For example, taxpayers who began with Intuit’s “free” commercial product but provided TurboTax with sufficient information to establish their eligibility for the company’s IRS Free File product, weren’t notified that they were eligible for a product that was actually free.

Instead, TurboTax falsely informed these users that they needed to upgrade for fees starting at $59.99 to “accurately complete [their] taxes.”

In addition, up until Intuit stopped participation in the IRS Free File Program in 2021, TurboTax’s “Products and Pricing” page didn’t list the IRS Free File product as an option. The only way to access the product was through a convoluted and unintuitive path that started with TurboTax’s support database or certain posts on TurboTax’s blog, investigations showed.

“For years, Intuit misled the most vulnerable among us to make a profit,” said New York Attorney General Letitia James. “Today, every state in the nation is holding Intuit accountable for scamming millions of taxpayers, and we’re putting millions of dollars back into the pockets of impacted Americans.”

Consumers are expected to receive a direct payment of about $30 for each year that they were deceived into paying for filing services, James said. They’ll automatically receive notices and checks by mail.

The Federal Trade Commission sued Intuit in March over its ads, saying about two-thirds of tax filers, including gig workers and people with farm income, couldn’t use free TurboTax products.

The FTC said it will continue pursuing its lawsuit against Intuit despite the company’s settlement with attorneys general.