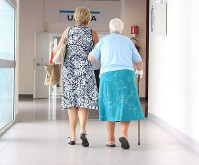 Every year during open enrollment for Medicare Advantage plans, I write about them. Why? The plans are widely hyped, and older adults may switch to the plans and lose coverage.

Enrollment in Advantage plans has more than doubled over the last decade, and half of Medicare beneficiaries are expected to choose a private insurer over the traditional government program in the next few years.

Every year I write about the disadvantages of Medicare Advantage: comparing policies is difficult, people may have to change doctors and hospitals, prescription drug coverage may be lost, and more.

But a new report by the Office of the Inspector General or OIG, an oversight agency within the U.S. Department of Health and Human Services, offers more startling evidence that consumers should wary of Medicare Advantage plans.

Denying requests that meet Medicare coverage rules may prevent or delay beneficiaries from receiving medically necessary care and can burden providers, the OIG report said. Although some of the denials reviewed were later reversed by the MAOs, avoidable delays and extra steps create friction in the program and may create an administrative burden for beneficiaries, providers, and MAOs.

OIG said 13 percent of denials it examined were for services that Medicare covers, likely preventing or delaying medically necessary care for Medicare Advantage policyholders. Based on a sample of cases, the agency estimates MAOs denied 84,812 requests for services in 2019.

Some specific cases described in the OIG report that were denied are:

Case No. 1. Eight months after a beneficiary was discovered to have an adrenal lesion of 1.5 cm in size, an MAO denied a request for a follow-up MRI, estimated cost $300. The MAO stated that the beneficiary would need to wait at least one year for the follow-up MRI because the size of the lesion, less than 2 cm, was too small to warrant follow-up before one year. OIG’s physician panel said that the documentation in the original request demonstrated that the MRI was medically necessary to determine whether the lesion seen on an earlier CT scan was malignant.

Case No. 2. An MAO denied a request for a walker, estimated cost $112, for a 76-year-old beneficiary with post-polio syndrome. The MAO stated that, per its clinical criteria, the beneficiary wasn’t eligible to receive a walker because the beneficiary had already received a cane within the past five years. OIG’s health care coding specialist determined that the requirement for walkers didn’t include a five-year restriction on more than one ambulatory device. In addition, the OIG’s physician panel determined that the walker was medically
necessary given the beneficiary’s history, risk of falling, and physical therapy notes.

Case No. 3. An MAO denied a request to transfer a beneficiary from the hospital to a skilled nursing facility, stating that a lower level of care, home health services, could meet the beneficiary’s medical needs. The beneficiary had pain and swelling from cellulitis, a bacterial skin infection, and bedsores. The patient was unable to carry out activities of daily living, could stand for only a few minutes at a time, and was no longer able to walk with the help of a rolling walker. The OGI’s physician panel determined that, considering the beneficiary’s deteriorating functional status, several problems, and need for daily skilled care, the patient met Medicare coverage requirements for skilled nursing facility care.

OGI said in the report that improvements are needed to ensure that Medicare Advantage beneficiaries have timely access to all necessary health care services, and that providers are paid appropriately. It recommend that the Centers for Medicare and Medicaid Services:

Medicare officials said in a statement that they’re reviewing the findings of the OGI report to determine the appropriate next steps, and that plans found to have repeated violations will be subject to increasing penalties, according to a “New York Times” article.

Gulp. Enrolled last year in a Medicare Advantage plan, but so far so good. I'll keep my fingers crossed.

Those case studies are pure cruelty. I don't know how they get away with it.

The Medicare Advantage Organizations get away with it because they advertise the plans in every way they can: TV, email, regular mail, Social Media, and more. They say you can get Silver Sneakers and eyeglasses included, but they don't say anything about the disadvantages of the plans. It's extremely complicated for seniors to make comparison of what they get with Original Medicare plus a medigap plan and what a Medicare Advantage plan offers. I'm so glad that the Office of the Inspector General did this analysis. That's why I focus on consumer journalism. To get out this kind of information to consumers. In addition, the health care system in the United States is so fouled up. Medicare Advantage plans are just another way that it's a mess.