Home About Newsletter Categories Donate
Dirty Dozen and Clean Fifteen 2022: Produce with the most and least pesticides
FTC asks for public comments in its inquiry into the infant formula shortage 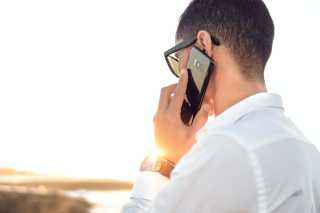 The debt collection operation was made up of several companies, including JPL Recovery Solutions, which used misleading and abusive tactics to collect millions of dollars from hundreds of thousands of customers. They included making false threats, inflating debt amounts, and contacting family members, co-workers, and friends to harass consumers.

In addition to closing, the companies are being fined $4 million. Half of the $4 million will go to the state of New York and half to the CFPB. If the defendants don’t pay in a timely manner, they’ll be required to pay another $1 million.

“It is illegal for debt collectors to orchestrate smear campaigns using social media to extort consumers into paying up,” said CFPB Director Rohit Chopra. “Our action with the New York Attorney General bans the ringleaders of this operation from the industry to halt further misconduct.”

“Predatory debt collectors make their profit by targeting hardworking consumers and then illegally saddle them deeper into debt,” said Attorney General Letitia James. “These debt collectors used harassing calls and false threats to coerce consumer to pay, not only is that illegal, it’s also downright shameful.”

The debt collection operation purchased defaulted consumer debt for pennies on the dollar. The debt came from high-interest personal loans, payday loans, credit cards, and other sources. The operation then attempted to collect debts from about 293,000 consumers, generating gross revenues of about $93 million between 2015 and 2020.

The CFPB and the New York attorney general allege that the owners, managers, and companies used the following illegal tactics to collect debt:

The defendant companies are JPL Recovery Solutions; Regency One Capital; ROC Asset Solutions, which does business as API Recovery Solutions and Northern Information Services; Check Security Associates, which does business as Warner Location Services, Pinnacle Location Services, and Orchard Payment Processing Systems; Keystone Recovery Group; and Blue Street Asset Partners. The individual defendants are owners Christopher Di Re, Scott Croce, and Susan Croce, as well as Brian Koziel and Marc Gracie, who acted as managers of some or all of the companies.

Consumers can submit complaints about debt collection activities, or about financial products or services by visiting the CFPB’s website or by calling 855-411-2372.