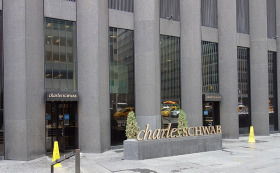 Charles Schwab Corp. will pay a record $187 million to settle charges that it didn’t tell clients about the hidden costs of its robo-advising product, which was allocating client funds in a way that would be less profitable for them.

From March 2015 through November 2018, Schwab’s disclosures for its robo-adviser product, Schwab Intelligent Portfolios, stated that the amount of cash in the robo-adviser portfolios was determined through a “disciplined portfolio construction methodology,” and that the robo-adviser would seek “optimal return[s],” according a Securities and Exchange Commission order.

Actually, Schwab’s own data showed that under most market conditions, the cash in the portfolios would cause clients to make less money even while taking on the same amount of risk. Schwab advertised the robo-adviser as having neither advisory nor hidden fees, but didn’t tell clients about the cash drag on their investment, the SEC said.

Schwab made money from the cash allocations in the robo-adviser portfolios by sweeping the cash to its affiliate bank, loaning it out, and then keeping the difference between the interest it earned on the loans and what it paid in interest to the robo-adviser clients, the SEC said. Schwab’s product held between 6 percent and 29.4 percent of client assets in cash.

“Schwab claimed that the amount of cash in its robo-adviser portfolios was decided by sophisticated economic algorithms meant to optimize its clients’ returns when in reality it was decided by how much money the company wanted to make,” Gurbir S. Grewal, director of the SEC’s Division of Enforcement, said in a statement. “Schwab’s conduct was egregious and today’s action sends a clear message to advisers that they need to be transparent with clients about hidden fees and how such fees affect clients’ returns.”

Without admitting or denying the SEC’s findings, Schwab agreed to a cease-and-desist order prohibiting it from violating antifraud laws, censuring the company, and requiring it to pay about $52 million back clients and for interest and a $135 million civil penalty.