Home About Newsletter Categories Donate
What to buy and not buy in June
What are the best cars brands to buy in 2022’s hot market, and how to get the car that’s right for you 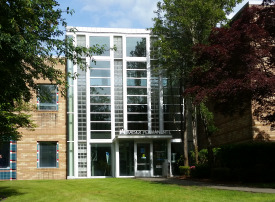 Every year during open enrollment, I warn people about the problems of signing up for a Medicare Advantage plan.

Instead of getting health care through Medicare, with Medicare Advantage private organizations provide the service. It can be offered through an insurance company, an HMO, or a preferred provider organization, which is a health plan with doctors, hospitals, and other providers in a network.

The adjustments are made using “risk scores.” A beneficiary with more severe diagnoses will have a higher risk score, and CMS will make a larger payment to the Medicare Advantage plan for that beneficiary.

While Medicare Advantage may cost consumers less and provide additional services such as Silver Sneakers, eyeglasses, or dental care, more and more problems are coming to light about how these organizations operate.

For years, the federal government has been cracking down on fraudulent coding in Medicare Advantage plans.

The fraud was exposed by a whistleblower complaint.

In addition, the department intervened and filed complaints in separate lawsuits against Independent Health Corporation and members of the Kaiser Permanente consortium alleging that those Medicare Advantage organizations submitted or caused the submission of inaccurate information about the health status of beneficiaries enrolled in their plans to increase reimbursement from Medicare.

The department has also investigated Anthem, Humana, UnitedHealth, and others for faulty Medicare Advantage coding.

The Medicare Advantage program was supposed to reduce Medicare spending. Since its beginning in 1985, payments to private plans were set at 95 percent of fee-for-service Medicare payments under traditional Medicare.

But the private plans have never produced savings for Medicare, due to policies governing payment rates to Medicare Advantage plans that the Medicare Payment Advisory Commission or MedPAC has found to be deeply flawed. MedPAC is independent congressional agency that advises Congress on issues affecting the Medicare program.

When Medicare Advantage plans submit unsupported diagnosis codes to increase their profits, it makes their patients appear sicker than they actually were, according to the Justice Department.

This may cause problems for consumers who may be given unneeded or wrong medications and treatments based on faulty diagnosis codes.

Another problem with Medicare Advantage organizations is that they sometimes delay or deny treatment to beneficiaries even though the requests met Medicare coverage rules, according to a review of case files by the Office of the Inspector General, an oversight agency within the U.S. Department of Health and Human Services.

In 2021, more than 26 million Medicare beneficiaries were enrolled in Medicare Advantage plans, and the Congressional Budget Office estimates that CMS would pay more than $343 billion to private carriers who offered those plans.

Due to heavy advertising, it’s expected that soon half of Medicare recipients will select a Medicare Advantage plan.