What are the best cars brands to buy in 2022’s hot market, and how to get the car that’s right for you 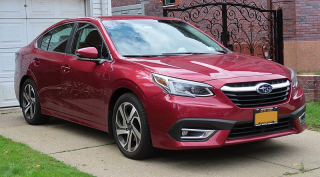 The majority of the cars in the top 10 of Consumer Reports’ 2022 Brand Report Card rankings are made by Japanese automakers.

Six Japanese brands are among the top-10 in the rankings that shows which automakers are producing the most well-performing, safe, and reliable vehicles based on Consumer Report’s testing and member surveys.

“Brands that rise to the top tend to have the most consistent performance across their model lineups,” said Jake Fisher, senior director of automotive testing at Consumer Reports. “For mainstream brands like Subaru, Mazda, and Honda to have such a strong showing is remarkable. For consumers, it shows that you don’t need to splurge on a luxury brand to get a safe, satisfying, and reliable car.”

Buick is the highest-ranking U.S. brand, dropping out of the top-10 to 11th place. Chrysler is close behind, 13th place, while Dodge is midpack, 16th place, and the remaining domestic cars are all in the bottom half of the rankings. Jeep, which had reliability issues with the Gladiator pickup truck, comes in last.

Tesla dropped seven spots to 23rd overall, mainly due to the difficult-to-use yoke steering wheel the automaker introduced in its Model S and Model X, which lowered their road-test scores. The Model 3 is the only Tesla model that Consumer Reports recommends.

Thirty-two brands are included in this year’s report card.

Again this year, Consumer Reports included the impact of emissions on the environment in its Brand Report Card with its Green Choice designation.

Consumer Reports conducts more than 50 tests on the vehicles it evaluates, including braking, handling, comfort, convenience, safety, and fuel economy. The overall score is a combination of predicted reliability, owner satisfaction based on member surveys, and an analysis that includes road performance, key safety features, and crash-test results, if available, for each model tested. The brands are then ranked by averaging the overall scores of their models to reveal the best and worst.

To pick out the right vehicle for you in this tight market, Consumer Reports recommends:

One-third of Americans who purchased a vehicle in the past year said that it cost more than they thought it would, according to a Consumer Reports survey.

Good choice. My Honda Accord 2002 is still going strong. I think I'll look for a Subaru when I need a new car.

I love my Subaru the best of all the vehicles I've had. Sadly, I think I'll need to go off-brand next time because I want a wider hybrid than their Crosstrex.

I'm glad your Subaru has been great. I had a Toyota and a Buick that I wasn't happy with.

Right now I have a 2007 Prius that recently got its catalytic converter stolen. It gets great mileage, though and my son wants to steal it away from me. LOL. I said, "Sorry, I'm not driving your truck."

Wow, how awful to get your catalytic converter stolen. It's happening more and more these days. What strange times we live in.

I love consumer reports! Makes my decisions sooo much easier!

Yes, I love Consumer Reports, too. I've subscribed since I was in college.

I bought a car a few months ago that was a 'want' rather than a 'need' ... in a way I feel I should regret it but...maybe I don't....even though it wasn't electric or any of the other things it should have been. Or I think it should have been. But...I love it. It's gorgeous.

Carol, I'm glad you love your new car. Buying a new or used car is so stressful. Figuring out what brand and model, deciding on financing, where to buy it, dealing with high-pressure sales. It's great when it's over and you have a vehicle that works.