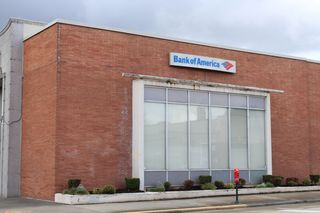 The Bank of America will pay $250 million for botching the disbursement of state unemployment benefits at the height of the pandemic.

The bank froze people’s accounts with a faulty fraud detection program, and then gave them little recourse when there was no fraud, the Consumer Financial Protection Bureau said Thursday.

The bureau’s order requires Bank of America to return hundreds of millions of dollars to consumers.

In a separate order, thecOffice of the Comptroller of the Currency is also fining the bank $125 million.

“Taxpayers relied on banks to distribute needed funds to families and small businesses to rescue the economy from collapse when the pandemic hit,” said Rohit Chopra, director of the bureau. “Bank of America failed to live up to its legal obligations. And when it got overwhelmed, instead of stepping up, it stepped back.”

With about 4,100 branches, Bank of America is the second largest bank in the United States.

The bank has previously been sanctioned by the bureau. In 2014, the agency ordered the Bank of America to pay $727 million to return money to its victims for illegal credit card practices. And in May, the bureau ordered the bank to pay a $10 million civil penalty for unlawful garnishments.

The Bank of America has contracts with state agencies to deliver unemployment and other benefit payments to consumers electronically through prepaid debit cards and accounts.

Under federal law, consumers are protected when they use electronic methods to transfer money; this includes prepaid cards. Financial institution are required to conduct a prompt investigation if a consumer contacts them about an error.

In its investigation, the bureau found that the Bank of America used abusive practices that resulted in Californians not getting their unemployment benefits at the height of the pandemic. Specific findings include that the bank: