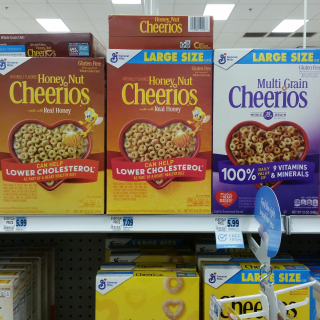 After raising prices five times in the past year, General Mills, a corporate giant that manufacturers and markets packaged foods, saw its fourth quarter profits jump 97 percent to $823 million.

For its 2022 fiscal year, the company’s profits rose 16 percent to $2.7 billion. General Mills also spent more than $2 billion on shareholder handouts and increased its stock buybacks by 191 percent.

The corporation’s huge profits show again how major companies across several industries are using inflation and pandemic worries as an excuse to increase their wealth and line their shareholders’ pockets at the expense of working families, said Accountable.US, a watchdog organization.

During a recent earnings report, General Mills’ CEO bragged that it was the “fourth consecutive year that we’ve delivered results that met or exceeded our targets for top and bottom-line growth and cash generation.”

“After marking up prices on working families not once, but five times, General Mills enjoyed a stunning 97 percent boost in profits – making it painfully obvious the food giant did not need to dig deeper and deeper in the pockets of everyday consumers,” Zelnick said.

This behavior is a symbol of corporate greed that runs amok across several industries, where highly profitable companies are choosing to squeeze the maximum amount of profits out of consumers while falsely claiming market forces drove them to it, she said.

“If billion-dollar corporations like General Mills continue to make inflation challenges worse through blatant profiteering, lawmakers must act to rein in these greedy practices, starting by ensuring they finally pay their fair share in taxes,” Zelnick said.

Other examples of pandemic profiteering in grocery stores, according to Accountable.US, are:

None are passing on the profits to shareholders, i.e., increasing dividends, or to their front line and or non-executive employees via year end bonuses or increased hourly wages. As has become habitual in the US, the oligarchic corporate elites keep the profits of price gouging for themselves--in part through share buy backs. Easy to do when real competition no longer seems to exist, thanks to many years of only occasional & feeble enforcement of the not particularly strong anti-trust laws the US has--starting w/Rocket Ronnie's administration. RR was a union buster as well, and US laws & regulations regarding unions are still relatively hostile to unions compared to those of at least some of other wealthy nations. It's been great to see more employees forming unions, be even better if a majority of Congress would revise current laws regarding unions to be more supportive of employees unionizing so they can negotiate higher wages, benefits and better working conditions.

I like Accountable.US doing research on this corporate price gouging. I also would like federal government to go after corporations more strongly. And, yes, laws need to be changed to get rid of laws and regulations that make it more difficult to form unions. I see the recent uptick in interest in unions positive for both workers and consumers.

Corporate greed is astounding. The top 5 oil companies made 200 percent more in the first quarter of 2022 than in 2021 while gouging us at the pump. That's 35 billion in profits in 3 months. I will have to look for a list of companies that aren't gouging us so I can buy from them.

Yes, it's astounding and so little is being written about it. That's why I like Accountable.US' reporting. It's a new watchdog group that I've just learned about.

I find this just disgusting. What ever happened to the ‘we’re all in this together’ attitude. It’s a dream...

Corporations want your money; the more the better. Consumers need to be alert and informed and vote for elected officials that will support what's best for consumers, not corporations.

I don't eat any General Mills or Hormel products but Kroger owns some of our supermarkets. It's sad to see companies bilking their customers during difficult times like these.

Yes, and these kinds of gouging aren't getting much attention in the media. That's why I appreciate Accountable.US for its research into these issues.