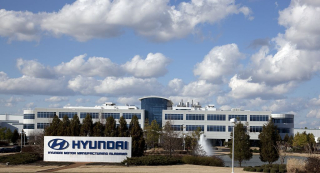 The bureau found that Hyundai used manual and outdated systems and procedures to furnish credit reporting information — which led to widespread inaccuracies — and resulted in negative inaccurate information being placed on consumers’ credit reports.

The agency found that Hyundai furnished inaccurate information in more than 8.7 million cases on more than 2.2 million consumer accounts during that time period.

The order requires Hyundai to take steps to prevent future violations and to pay more than $19 million, including $13.2 million to affected consumers who were inaccurately reported as delinquent and a $6 million civil penalty.

The fine is the bureau’s largest Fair Credit Reporting Act case against an auto servicer.

“Hyundai illegally tarnished credit reports for millions of borrowers, including by falsely reporting them to credit reporting companies as being delinquent on their loans and leases,” said Rohit Chopra, director of the bureau. “Loan servicers must be complete and accurate when furnishing information that affects a borrower’s credit report.”

As one of the largest furnishers of automotive finance account information in the U.S., Hyundai’s credit reporting practices have a major impact on the credit scores of millions of Americans, said Chopra. The company currently services about 1.7 million customers through its retail loans and leases and has more than $45 billion of reported assets as of 2021.

In many cases, Hyundai knew it was providing inaccurate information and failed to take measures to address the inaccuracies, the bureau said in a statement. Hyundai identified many of the issues causing these inaccuracies in its internal audits, but took years to address the problems.

When Hyundai furnished inaccurate negative consumer information, it sometimes led to lower credit scores and may have negatively affected consumers’ access to credit. The bureau concluded that Hyundai’s use of ineffective manual processes and systems to furnish consumer information was a violation consumer laws by failing to:

In addition to paying a fine and compensating current and former customers, Hyundai is being required to take steps to correct all inaccurate account information.

Hyundai also will establish procedures to ensure the accuracy of the information relating to consumers that it furnishes to a credit reporting company. Hyundai must also respond to all credit reporting disputes.