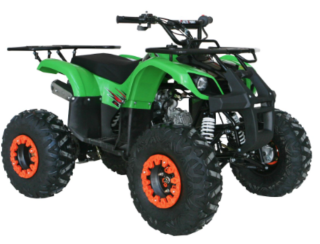 In 2022 so far, 194 off-highway-vehicle or OHV deaths have occurred, according to the Consumer Federation of America.

The Consumer Product Safety Commission collects death and injury data related to ATV use but there’s a significant time lag in the data – the 2013 report, for example, was released in 2015 and the most recent complete data in that report was from 2009.

The federation and its OHV Safety Coalition began collecting data in 2013 so that decision makers and the public would have the most up-to-date data on OHVs.

Children under the age of 16 make up the most deaths, about 21.6 percent of all OHV deaths so far this year.

For the past five years, children aged 5 and under have accounted for an increasing number of deaths.

“Children under 16 continue to suffer the largest percentage of OHV fatalities,” said Rachel Weintraub, legislative director and general counsel for the federation. “As summer begins, we hope that OHV incidents will not remain as high and urge caution to OHV riders.”

From 2013 through 2021, July has been the month with the most OHV deaths with May, August, and June following as the second, third, and fourth months.

“All OHVs, even youth models, pose risks,” said Gary Smith, M.D., president of the Child Injury Prevention Alliance. “OHVs are fast, complex machines, and due to their design, they roll over easily. One wrong choice could lead to the emergency department or worse.”

Children younger than 16 years just aren’t ready for the demands of safe riding, so the alliance encourages parents to find a different activity for their child, Smith said.

The federation and its OHV Safety Coalition gather information from newspaper and government resources. From 2013 through 2021, they’ve documented 729 total deaths during the month of July for those years. For 2013-2021, the federation has documented more than 5,478 deaths.

While these numbers are high, these findings aren’t complete, and the number of deaths will likely increase as additional information becomes available, Weintraub said. 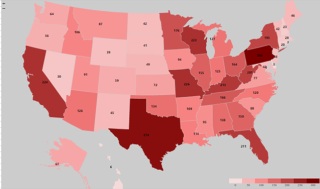 OHV deaths in each state

The most OHV fatalities occur on July 4th

“On no other day of the year were there double-digit deaths for children age 16 or younger,” said Weintraub.

How to avoid injury and death

The federation urges consumers to take the following steps to reduce OHV deaths and injuries:

Prevent Child Injury has a ATV safety toolkit available at https://www.preventchildinjury.org/toolkits/atv-safety to help parents learn about the risks of children using ATVs.

An incident or injury involving an OHV can be reported to the CPSC at www.cpsc.gov.

Weintraub said the federation data are likely an underestimate of actual deaths, and it updates the data as information is obtained. The data are available on the organization’s website.