Home About Newsletter Categories Donate
Unfortunately, switching from Verizon to T-Mobile wasn’t as easy as I’d hoped
The new Inflation Reduction Act will benefit consumers in many ways

Be careful when ordering shampoo and lotion from Amazon 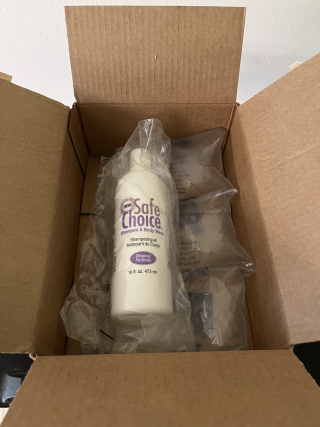 It’s happened twice now. When ordering shampoo and lotion from Amazon, the companies have substituted a different product for what I ordered. One way I could tell was the cap wasn’t on tight.

The first case was lotion I ordered that was supposed to be the brand Magick. I’ve used it for years because it’s fragrance free. I ordered four bottles from the company earlier this year like I’d done many times. However, Magick never returned my emails, or sent I the lotion. In addition, its phone number is disconnected.

I decided to see I could order the Magick lotion through Amazon. If Magick had gone out of business, I thought maybe I could get some of its products from suppliers.

When the four bottles arrived, they obviously weren’t Magick lotion, although they were in Magick bottles. All the caps were loose. One had a suspicious purple lid. Two of the bottles weren’t fragrance free; they smelled really bad.

I returned the fake lotion.

My second fraudulent personal product experience involved AFM shampoo and body wash. I’ve used it for decades. Also fragrance free, I usually order it by the gallon and it takes one to two weeks to arrive.

But since my daughter and her family were coming for a vacation, I needed some quickly. Amazon has fast delivery, so I ordered a 16-ounce bottle. It arrived in about a week, but it wasn’t AFM shampoo and body wash.

Again, the cap wasn’t tightly attached. Also, it had a slight smell so it wasn’t the fragrance free AFM shampoo and body wash.

I haven’t complained to Amazon yet about these companies. I plan to call this week.