Home About Newsletter Categories Donate
After one death, 4moms recalls more than 2 million MamaRoo and RockaRoo infant swings and rockers due to entanglement and strangulation risks
How to make a basic plan to protect your buildings, fences, and trees if you don’t like to do yard work 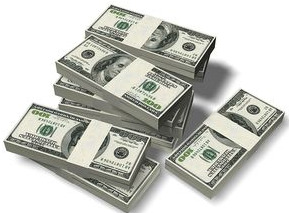 Hello Digit, a financial technology company that used a faulty algorithm that caused overdrafts and overdraft penalties for customers, is being required to return money to consumers and pay a fine of $2.7 million.

Hello Digit was supposed to save people money, but instead the company falsely guaranteed no overdrafts with its product, broke its promises to make amends on its mistakes, and pocketed a portion of the interest that should have gone to consumers, the Consumer Financial Protection Bureau said.

“Hello Digit positioned itself as a savings tool for consumers having trouble saving on their own,” said Rohit Chopra, director of the bureau. “But instead, consumers ended up paying unnecessary overdraft fees.”

When consumers sign up for the service, Hello Digit uses an algorithm to make automatic transfers from the consumer’s checking account, called “auto-saves,” to an account held in Hello Digit’s name for the benefit of the consumers.

As part of the sign-up process, consumers are required to give Hello Digit access to their checking accounts. Hello Digit then uses its algorithm to analyze consumers’ checking-account data to determine when and how much to save for each consumer. The company charges consumers a subscription fee of $5 a month for its service.

The agency found that Hello Digit engaged in deceptive acts or practices, violating the Consumer Financial Protection Act. The bureau found that the company: