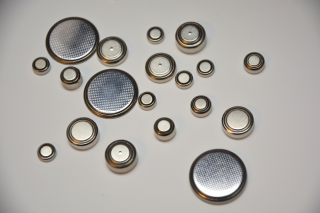 Pediatric battery-related emergency room visits increased significantly from 2010 to 2017, with children aged 5 years and younger having the highest rates, according to an article published in the Pediatrics journal.

An estimated 7,032 battery-related emergency department visits occurred annually among children aged under 18 years from 2010 to 2019, more than twice the number reported from 1990 to 2009.

Button batteries, which are small, round, and shiny, are being used to power an increasing number of devices in the home, including toys, digital watches, hearing aids, remote controls, and more. They’re often easy to remove and can lead to devastating injury in as little as two hours after ingestion.

The electrical current generated by the button batteries when they come into contact with body fluids such as saliva can burn through body tissue and can damage tissue even after the button battery is removed, leading to complications and death.

A button battery put in the nose can also cause a hole in nasal cartilage and infections, and ear canal insertion can lead to membrane perforation, hearing loss, and facial nerve paralysis.

President Joe Biden signed Reese’s Law Aug. 16. It requires the Consumer Product Safety Commission or CPSC to adopt product safety standards for button cell, lithium coin, and other small batteries that could injure or kill children who swallow them.

The bill, introduced in September 2021, was named after a 17-month-old girl, Reese Hamsmith, who died in 2020 after ingesting a button battery from a remote control. The battery burned a hole in her esophagus.

“It’s gut-wrenching that it took a campaign from one devastated family to focus attention on this hidden danger that has existed for years and years,” said Teresa Murray, director of the Consumer Watchdog Office for the U.S. PIRG Education Fund. “We are grateful for their efforts, as well as others whose work will help save children’s lives.

Here’s a video on how to prevent injuries from button batteries and what to do if one is ingested: