Two PFAS, ‘forever chemicals,’ to be designated as hazardous by EPA 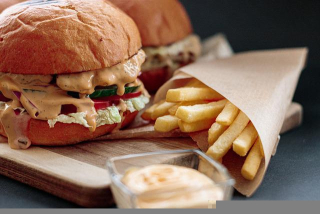 The Environmental Protection Agency said Friday it will designate the two most commonly detected toxic “forever chemicals” – chemicals found in cookware, fast food wrappers, stain-resistant furniture and carpets, water-repellent clothing, cosmetics, and more that have been linked to cancer and other health problems – as hazardous substances.

Two per- and polyfluoroalkyl substances or PFAS would be designated as hazardous substances under Superfund law.

When finalized, the rule will trigger reporting of PFOA and PFOS releases, providing the EPA with better data and the option to require cleanups and recover cleanup costs.

“Communities have suffered far too long from exposure to these forever chemicals,” EPA Administrator Michael S. Regan said in a statement. “The action announced today will improve transparency and advance EPA’s aggressive efforts to confront this pollution, as outlined in the Agency’s PFAS Strategic Roadmap.”

Under the proposed rule, the EPA will help protect communities from PFAS pollution and seek to hold polluters accountable for their actions, Regan said.

The rule would facilitate making the polluter pay by allowing EPA to recover cleanup costs from a potentially responsible party or require it to conduct the cleanup. In addition, federal entities that transfer or sell their property would be required to provide a notice about the storage, release, or disposal of PFOA or PFOS on the property and state that it has cleaned up any contamination or will in the future.

The EPA can only use Superfund money to clean up contamination that’s received a hazardous substance designation.

PFOA and PFOS present a substantial danger to human health and the environment. They can accumulate and persist in the human body for long periods of time. Evidence from animal and human studies indicates that exposure to PFOA and/or PFOS may lead to cancer and reproductive, developmental, cardiovascular, liver, and immunological effects.

“Today’s historic proposal will mean PFAS polluters are finally held accountable,” said EWG Vice President of Government Affairs Melanie Benesh. “For too long, they’ve had a free pass to dump PFAS into communities and poison their neighbors. Thanks to this proposal, PFAS polluters will finally be forced to pay their fair share of cleaning up their mess.”

The EPA will be publishing the notice of proposed rulemaking in the Federal Register in the next several weeks. After publication, the EPA will accept comments for 60-days.

PFOA and PFOS are increasingly found in drinking water. The EPA said it expects to propose national drinking water regulations for the two chemicals later this year, with a final rule expected in 2023.