Unfortunately, switching from Verizon to T-Mobile wasn’t as easy as I’d hoped 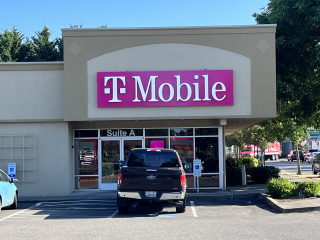 For more than a decade or two, I’ve been a Verizon customer.

While its service has been fine, Verizon hasn’t been willing to offer me a deal on a new iPhone. I did research and decided an iPhone 12 would better meet my needs. I have iCloud, so rather than manually uploading hundreds of photos from my Samsung Galaxy S5 phone to my Google Drive, any new photos would automatically go into iCloud.

It was irritating that Verizon offered deals – to new customers. Every time I called or went in, Verizon employees said, “The deal is only for new customers,” and “Sorry, your phone’s too old for a trade in.”

However, with my grandson, who lives in Madrid, coming to the United States to go to college in September, I volunteered to look into phone plans for him.

I found T-Mobile would give us a family plan: $90 a month for two lines including tax and two iPhones of our choice, one at no cost. An additional advantage – my grandson could have unlimited data when he was in Spain for the summer and would pay 25 cents a minute for calls. Verizon charges $10 a day for overseas service.

While the plan offer was good, getting it carried out was difficult. T-Mobile staff made these errors:

I do like my iPhone 13. It takes great photos, with a better wide angle lens that helps with low-light situations, and it has image stabilization. And, with the photos from my iPhone and Canon camera both in iCloud, it’s easier to find photos to use on my blog and share with family and friends.

wow. I'm surprised you missed the deals Verizon had in May. Mother's Day, back to school, and Christmas are usually the best time to get cell phone deals. In May, Verizon had a deal that was the same for new and current customers. I was able to get an iPhone 13 Pro for 800 off and my husband got the latest and greatest Samsung s22 Ultra for 800 off. The rest of the price of the phone gets spread across our bills for 2 years but it was lower than the last time I spread the price of just one phone across my bills for 2 years. I won't switch from Verizon because experience has taught me that in disasters, they are the ones that have the best coverage and go all out to bring in temporary cell sites, etc. I've been through it multiple times and have handed my phone to others during a couple of bad storms.

Unfortunately, I wasn't eligible for any of the Verizon deals because I had an "old" Samsung phone. My preference would have been to stay with Verizon because they have fewer dropped calls. But, it had nothing for current customers with "old" phones.