Home About Newsletter Categories Donate
How’s your garden growing?
Let the FTC know about the tricks and traps you’ve experienced at auto dealers by Sept. 12 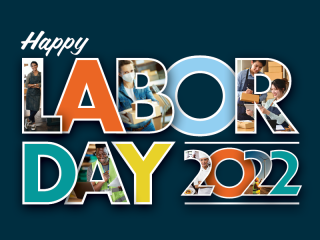 On Labor Day, the day when we recognize the value of American workers, it’s positive that things for workers are better right now.

Covid-19 contributed to the Great Resignation of 2021, during which record numbers of employees voluntarily quit their jobs. And a recent survey shows that one-third of workers are still actively looking for a new job.

The survey, by The Conference Board, a business research group, asked if those who had left their jobs had any regrets. The answer was no. Ninety-four percent of those who left their company in the last year don’t regret their choice to leave. But given the chance to return to their previous organization, a quarter say they likely would.

It’s also positive that union activity and memberships are growing.

Workers have voted to unionize for the first time in recent weeks at Trader Joe’s and Chipotle, according to an article in The Washington Post. Unions have also made significant inroads at Amazon, Starbucks, Apple, and REI, employers that have long resisted unionization.

Support among Americans for the labor movement is growing. Seventy-one percent of Americans approve of unions, a 53-year high, according to a Gallup poll released Tuesday.

It’s positive that things for many workers are improving after decades of wage stagnation. Let’s hope that things continue to improve for workers despite threats of a coming recession.