Home About Newsletter Categories Donate
Did you know EPA allows sellers to put pesticide in your packages?
CPSC approves safety standard for small, high-powered magnets that have injured and killed kids

It’s difficult to figure out what to write about here. 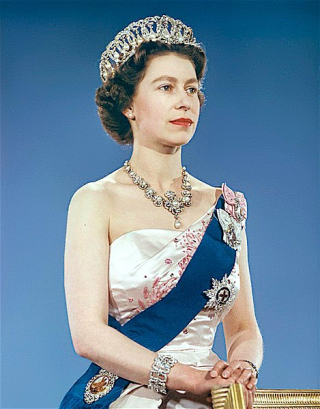 The death of Queen Elizabeth II? 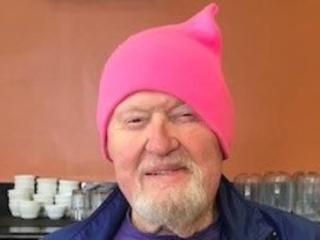 Or the death of my daughter-in-law’s father George Waegell? 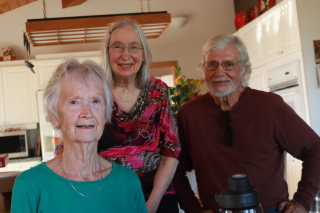 Or getting together with my high school friends and remembering those days so many years ago?

Thankfully, my blogging friends helped solved my dilemma, letting me know about the variety of topics they wrote about last week that covers them all … the past, present, and future.

A major world event happened this week, and it’s hard not to write about it. Rebecca Olkowski, of BabyBoomster.com, gives her reflections on the life of Queen Elizabeth II, who has been queen for our entire lives, and the ascension of King Charles III. Another baby boomer takes a leadership role. Will we ever pass the torch to the younger generation?

In 2021, life expectancy decreased for the second consecutive year, reports Tom Sightings of Sightings Over Sixty. The decline is the largest two-year drop in nearly a hundred years, think World War I followed by the flu epidemic. It brings U.S. life expectancy at birth to 76.1 years, down from 77.3 in 2020 and 78.8 in 2019. Take a look at “Be Careful Out There” to find out the reasons.

Meryl Baer of Beach Boomer Bulletin was on her way out of town and wanted a drink to sustain her during the hour-and-a-half car ride. She stopped at Starbucks, got on the end of a line, and was astonished by what she happened to see, described in her post “Suitless, Sort of, in Starbucks.”

Routines are important to everyone, but especially to children, reports Diane Tolley of On the Border. The “Ceremony of the Tucking In” was probably one of the most important in the Tolley household. But, one never really knew exactly who – or what – could be involved.

Life is stressful. But there’s one thing Laurie Stone, of Musings, Rants & Scribbles, and her mom do each morning that takes the edge off. The New York Times publishes a daily game called “The Spelling Bee.” You’re given seven random letters to make as many words as you can from them. One of the letters, which they select, needs to be in each. What’s so hard about finding a bunch of nouns and verbs? Ha. This game can be a huge pain, but there are three surprising benefits…

It's never too late to take a step out into the unknown, points out Carol Cassara, of Carol A. Cassara Writer, in her blog this week. She’s used pandemic restrictions to develop her first one-woman show and talks about her first stage performance last month in “You're Never too Old to Set New Goals, Dream New Dreams."

Be sure to take a look at these interesting and timely articles. Our bloggers love to hear from readers.

It's a momentous week in so many ways. Thank you, Rita.

Yes, traveling to Chelan, Washington, to go to class reunions for my sister and me was fun. Lake Chelan is so beautiful. My sister's class met in the city park. It was a beautiful day, and fortunately, the air quality was good. We're having what seems to be our annual September poor air quality due to forest fires.

So sorry about your daughter's father-in-law. Thanks for putting together all the posts.

Thanks, Rebecca. George was quite a guy; farmer, activist, peace advocate, feminist, environmentalist, world traveler, and more. He spent three years in a Washington state penitentiary because he refused to be drafted into the Korean War. He planted acorns around Sacramento County so more oak trees would grow. He also wanted to bring attention to the creeks in the county that he thought were being neglected so he made signs for them that looked like the official county signs. He wrote hundreds of letters to local, state, and national officials. One county supervisor came to George's memorial service and talked about George's work on the environment. He said he had a whole file of letters from George. Also, he said George's house was placed on a map that tracked discharges from a Super Fund site because George was so active on the issue. People at the memorial service said he made a difference. You can't receive any higher praise than that.