Home About Newsletter Categories Donate
Did you enjoy the Emmy Awards Monday?
CFPB tells nursing homes they can’t try to collect from relatives and friends 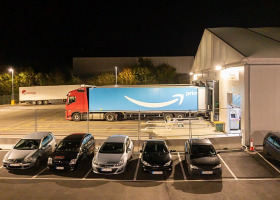 To avoid competing on prices with other online sites, Amazon requires merchants to sign agreements that penalize them if their products are offered for a lower price off-Amazon, Bonta alleges. These agreements thwart the ability of other online retailers to compete, contributing to Amazon’s dominance in the online retail marketplace and harming merchants and consumers through inflated fees and higher prices.

“For years, California consumers have paid more for their online purchases because of Amazon’s anticompetitive contracting practices,” he said. “Amazon coerces merchants into agreements that keep prices artificially high, knowing full well that they can't afford to say no.”

Bonta said many of the products consumers buy online would be cheaper if market forces were left unconstrained.

“With today’s lawsuit, we’re fighting back,” he said. “We won’t allow Amazon to bend the market to its will at the expense of California consumers, small business owners, and a fair and competitive economy.”

Amazon is the dominant online retail store in the United States with more than 160 million Prime members nationwide, about 25 million of those in California.

Amazon is a must-have distribution channel for merchants, Bonta said. More and more third-party sellers join Amazon every day, despite the fact that the total cost of selling on Amazon far exceeds that of selling in other online stores.

Amazon merchants must agree not to offer lower prices elsewhere – including competing sites such as Walmart, Target, eBay, and, in some cases, even on their own websites – and to accept drastic penalties like loss of the “Buy Box” on Amazon or to “compensate” Amazon if other online stores do lower their prices. Merchants that don’t comply face sanctions such as less prominent listings and even the possibility of termination or suspension of their ability to sell on Amazon.

Without basic price competition, prices artificially stabilize at levels higher than would be the case in a competitive market, he said.

Amazon’s market power leaves merchants with few options other than to agree to its demands. Amazon can – and has – raised its prices and reduced the quality of its offerings, while maintaining almost all of its merchants and customers. Amazon has used this market power to raise its fees to sellers.

The lawsuit and requested relief

The attorney general’s lawsuit seeks a court order that stops Amazon’s anticompetitive behavior and recovers damages to California consumers and the California economy. It asks a San Francisco Superior Court to: